Compared to most North American cities, the Southern Cone capitals of Buenos Aires and Santiago de Chile have superior public transportation, at moderate cost, but it’s a challenge for them to keep up with burgeoning populations in sprawling metropolitan areas. The fastest away to get around either city is by subway (underground), but the two systems are a study in contrasts. 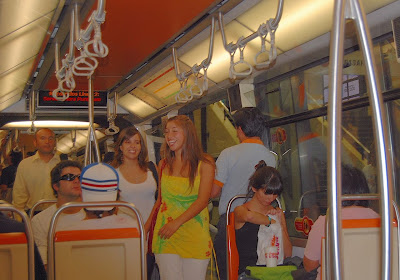 Buenos Aires has the continent’s oldest subway, dating from 1913, but the Subte now lags behind the Metro de Santiago (pictured above, the impeccable Chilean system opened in 1975) and is trying to catch up. According to the Porteño daily Clarín, the private concessionaire Metrovías now operates a network of only 47 kilometers on six lines - less than half the 100 kilometers of track of the Chilean capital’s five lines. Despite its pioneering history, the Buenos Aires underground now ranks only fifth in the region, well behind Mexico City, São Paulo and Rio de Janeiro in addition to Santiago.

In fairness, sprawling Gran Santiago (Greater Santiago) covers a substantially larger area (about 640 square kilometers or 248 square miles) than the federal district of Buenos Aires (192 square kilometers or 74 square miles, only a little bigger than San Francisco). The Santiago system serves twice as many people as the Subte, which does not venture beyond the city limits of Buenos Aires, which has only about three million residents (another ten million-plus live in the surrounding counties of Buenos Aires province, however). 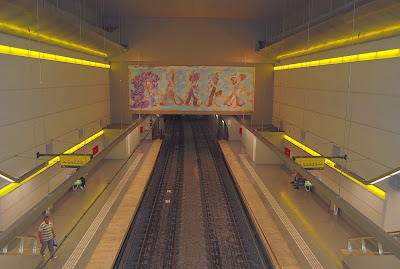 Still, there is reason to be disappointed with the slow expansion of the Subte, despite gleaming new stations such as Estación Caseros (pictured above), on the crosstown Línea H (which is soon to open a new transfer station at Corrientes, connecting with Línea B’s Estación Pueyrredón). When the administration of current mayor Mauricio Macri took office in 2007, he promised the system would expand by ten kilometers per year - a figure since adjusted downward to two or three kilometers per annum. At the rate, it will take at least 18 years to catch up with the Chileans - presuming the Santiago system fails to expand any further. 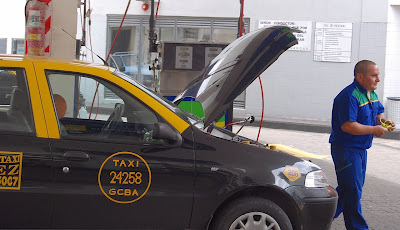 Moon Argentina on the Road
Actually, on the avenue would be closer to the truth. Wednesday night at 7 p.m., I will deliver a digital slide presentation on Argentina at REI Berkeley, only a few miles from my home in Oakland. Admission is free of charge and walkups are welcome, but it’s best to reserve a seat via the REI website.
Posted by Wayne Bernhardson at 7:30 PM

As someone put it when I was in Santiago back in January - Buenos Aires may have had the first word in subways in Latin America, but we have the latest.

Well if you count only the under the ground part of the Santiago metro they have a slightly bigger metro system compared to the one in Buenos Aires, more than half of those 100 km are above the ground, in Argentina they have what they call the "premetro" which has 7.5 km, it's a ground level metro but they don't count that as "underground" or subway even when it is part of it too. Anyways Argentinians are currently laying underground a commuter train line called Sarmiento which will add 32 km more to the purely under the ground subway system. Santiago and greater Santiago has those 640 square km but Buenos Aires and greater Buenos Aires covers around 4000 square kilometers and only one of the several commuter rail called Roca covers almost 200 km in length more than all commuter rails in Santiago put togheter and that's just in one commuter rail of Buenos Aires there are 9 of them in the city with several branches

Strictly speaking, your comment suggests a more favorable view of Buenos Aires's Subte, which I agree is a good system - as far as it goes - despite the age of some stations and rolling stock. But Santiago's is a contemporary Metro system that puts the Subte to shame, and Argentina's commuter rail system is literally a wreck -as witness this year's disaster on at Once, on the same Sarmiento line you mention. Given Argentina's failure to invest in infrastructure, and the unlikelihood of any foreign investment, I doubt we'll see the undergrounding of the Sarmiento line any sooner than we'll see the high-speed train to Córdoba that the government promised a few years ago.