For two years now, the presence of the “blue dollar” has indicated that the Argentine peso has been seriously overvalued in the foreign exchange market, Argentina’s clumsy foreign exchange control measures and other erratic policies have driven the US currency into ever-higher territory. 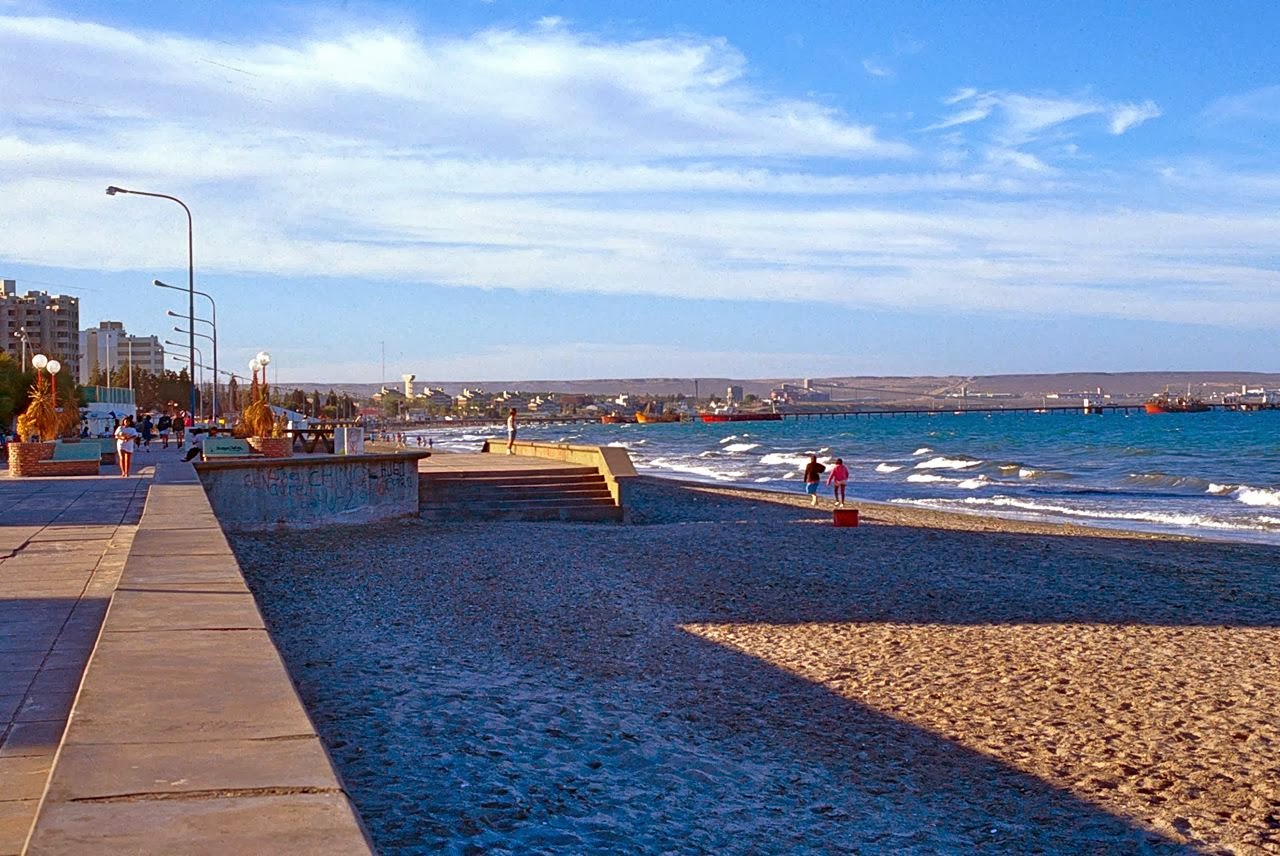 This came to the fore last week as I sought to change money in Puerto Madryn (pictured above), whose only exchange house (pictured below) was offering the official rate (interestingly, the English word dollar derives from the German Thaler). I tried my usual real-estate broker tactic, but that didn’t work and then I tried a travel agency, where I got an offer of nine pesos – despite the strong dollar, substantially less than the 10 I had gotten in Villa La Angostura and Neuquén. 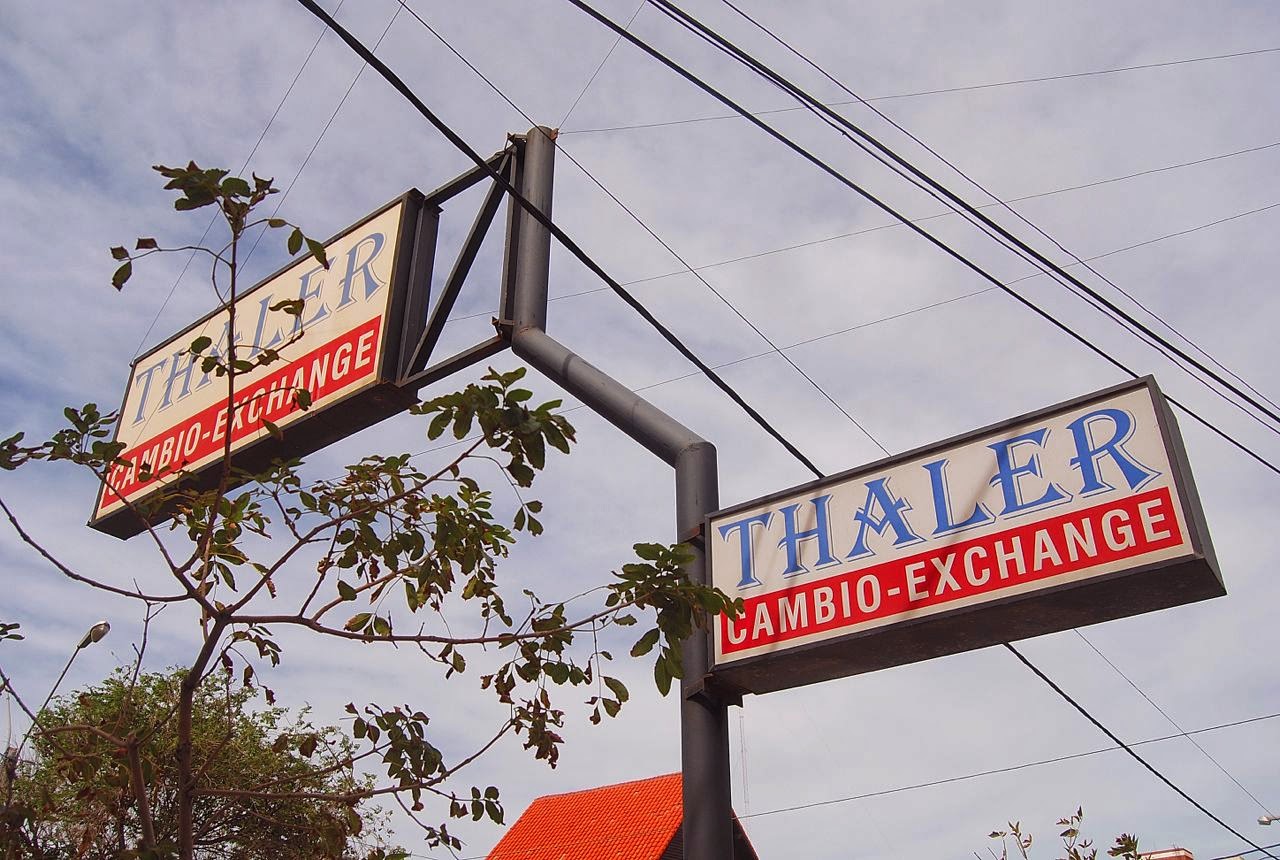 While visiting a friend who works in Madryn’s municipal tourism office, I asked whether she might have any suggestions, and she told me not to expect much. Nevertheless, she gave me an unconventional suggestion to visit a glass merchant whose unprepossessing polarized facade gave no indication of what was inside.
Entering a small foyer where a young woman stood behind an elevated counter, I asked if I might sell dollars there. She responded that her boss was unavailable, but suggested I return in half an hour, which I did. She then said she would have to fetch the cotización (the day’s rate), and returned shortly with a quote of 11.10 pesos to the dollar, the best I have yet gotten.

She then ushered me into another room, where I counted out US$500 in Benjamin Franklins. Taking the bills, she left briefly and returned with five bundles of ten 100-peso banknotes, each held together with a paper clip. We counted them out carefully and, the transaction included, I left with a thank you – never having met her boss face-to-face.

This was on Wednesday the 22nd, when the peso was under pressure and the blue rate skyrocketed to 12 and then 13 in Buenos Aires. That also unnerved the government, which has announced vague (and probably changeable) measures to permit Argentines to purchase dollars once again, despite dwindling reserves that have raised questions about the country’s ability to meet foreign debt obligations.

On Friday, the official peso fell to nearly eight per dollar and, given the vagueness of the dollar purchase plan, the blue dollar briefly entered a state of suspension, falling below the 12-peso mark. Since officials revealed the details this morning, though, it has once again risen above 12.

I’m about to return to Chile, so I had no urgent need to change, but I did sell US$200 to friends in Esquel because, when I return to Argentina, I’ll be entering a thinly populated area where even finding an ATM may be a challenge. The rate was a little uncertain when we did the transaction, and we compromised at 10.50 pesos.

Chilean Currency Depreciates Too...
It’s worth noting that the Chilean peso has also declined recently – from 520 per dollar when I flew to Santiago in mid-November to 550 per dollar as of Friday. Chile, though, has an open-market foreign exchange system with no parallel peso, so this probably reflects recent weakness in the price of copper, Chile’s principal export, and a port strike that has reduced economic activity. Still, it looks to make my travel costs a bit lower when I cross the border.
Posted by Wayne Bernhardson at 10:54 AM