Saved by the Bureaucracy! Across the Andes to Argentina 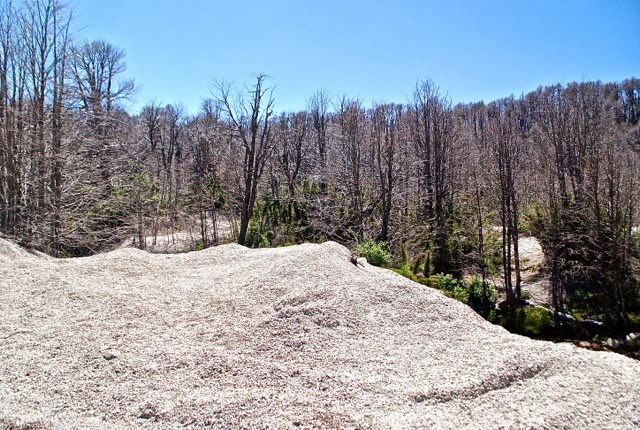 Yesterday I crossed the Andes from Osorno (Chile) to Villa La Angostura (Argentina) for the first time since the Cordón Caulle volcano left the Argentine side of the border under a dense cap of ash that’s still visible along much of the international highway. It’s the only place in the world where I’ve seen warning signs that ice and ash may make the road surface slippery.
I almost didn’t make it, though, even if that had nothing to do with the conditions – it was a brilliant cloudless day on both sides of the cordillera. Rather, I was late leaving Chile because of a bureaucratic snafu that was, in the end, my own fault.

When I purchased my new car last month, I knew it would take some time for the title to clear – according to the notary where we completed the sale, between 20 and 25 days. It’s already been longer than that and, in any event, I left Santiago well before that time to be able to travel through the Chilean lakes district to update part of Moon Handbooks Patagonia.

Unfortunately, when we left the notary’s, I overlooked a statement that the Pedido de Inscripción (request to change the vehicle’s title) would be available in a week’s time – well after I left Santiago. Without that document, and proof that I had paid for the title transfer, I could not cross the border into Argentina.

Absent-mindedly, I had thought the bill of sale would be sufficient to get me across the border, but I was wrong. At Chilean customs, an official informed me I at least needed the title request and, briefly, I wondered whether I might have to return to Santiago or, at the very least, retreat down the mountain toward Osorno, where my cell phone would let me get in touch with the notary’s office.

Then, apparently, I was saved. The same official who refused to approve my documents said I should speak with his superior, the superintendent of the Paso Cardenal Samoré border post. Clearly, superintendent Hernán Lausen (a Danish-Chilean with whom I could joke about my Scandinavian heritage) had dealt with such issues before, and he immediately accessed the civil register website to see whether the title transfer had gone through. It hadn’t yet and, again, my heart sank a bit.

That wasn’t the end of things, though. Señor Lausen took it upon himself to phone the notary where we had done the transfer paperwork, and managed to get her on the line (fortunately, she hadn’t yet gone on summer vacation). Going beyond the call of duty, he asked her to scan the documents and send him a PDF which, in a short time, he printed out and delivered to me as I sat in the car. 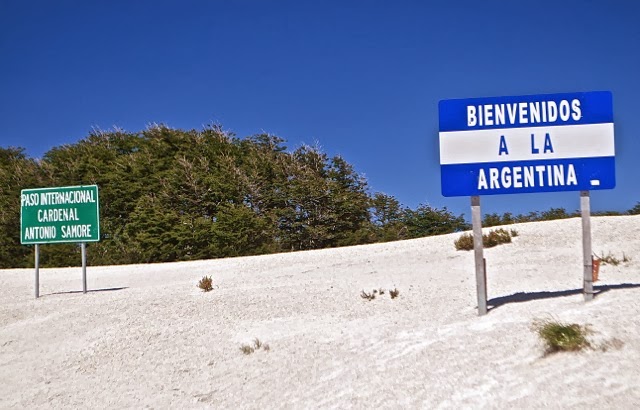 In just a few minutes, I was through the border post and rolling towards Argentina. The next time anybody complains to me about bureaucratic stonewalling, I’ll bring up the case of Hernán Lausen, the hero of my day, who clearly recognizes his duty to serve the public.
Posted by Wayne Bernhardson at 5:39 AM