Under the Volcano? The View from Pucón

At regular intervals for nearly 25 years now, at the Chilean resort of Pucón, I’ve been watching the steaming summit of Volcán Villarrica – what Spanish conquistador poet Alonso de Ercilla called its “great neighbor volcano” – without ever having climbed it. After arriving in Santiago at the end of January, I fully intended to do so, but a bout of bronchitis made it unlikely in the short term. 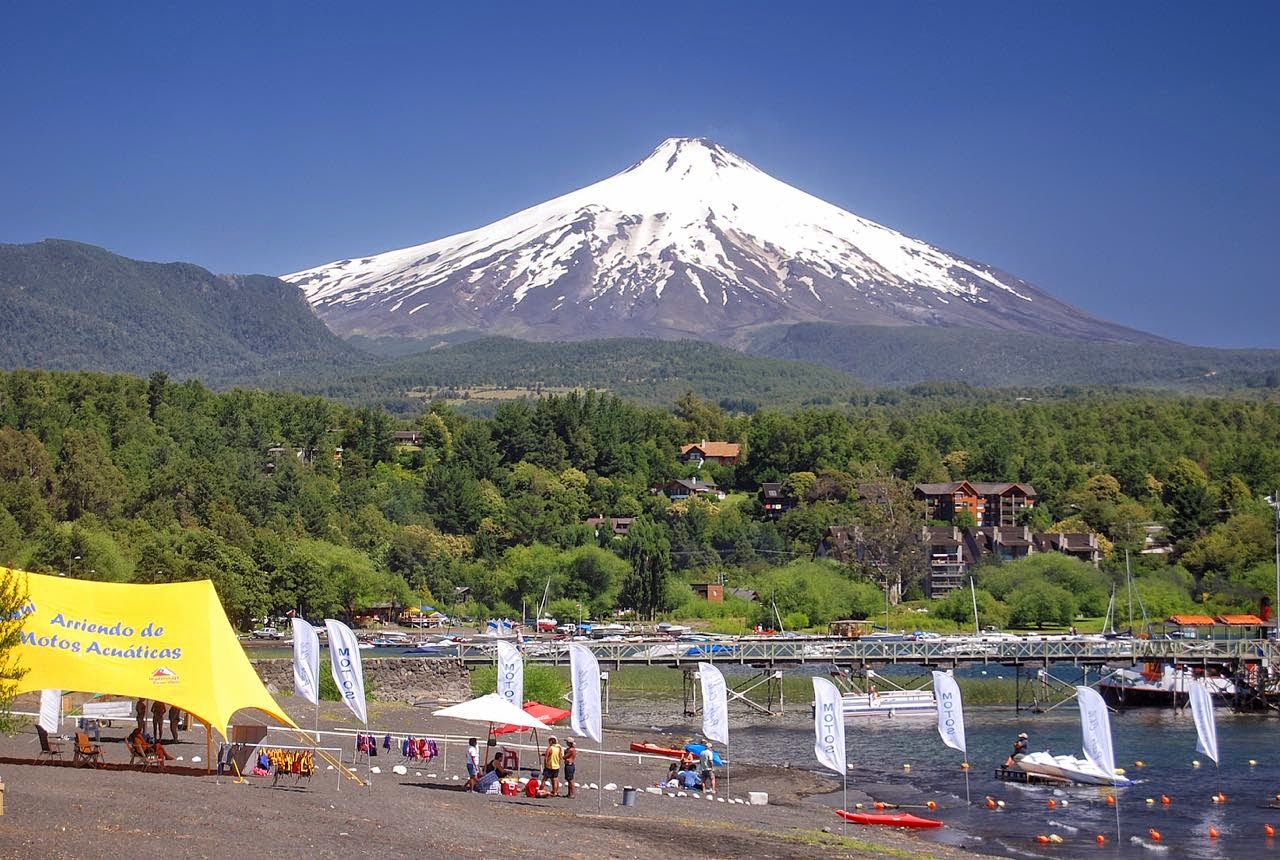 Even when I reached Pucón, in mid-February, I learned that Conaf (Chile’s national park service) had closed the mountain (pictured above) to climbers under an alerta amarilla (“yellow alert) as the lava-filled crater showed increased activity. Even after leaving town, I held out hopes of tackling the climb when I return later this month, but then the warning moved to alerta roja (“red alert”) and, in early hours of Tuesday morning, the mountain erupted spectacularly. I still may return to Pucón before leaving Chile, but the climb seems a long shot.
On the Monday, as authorities began to limit access to the national park, I wrote a friend in Pucón who thought the alerts suggested official alarmism, and I’ll quote him here: 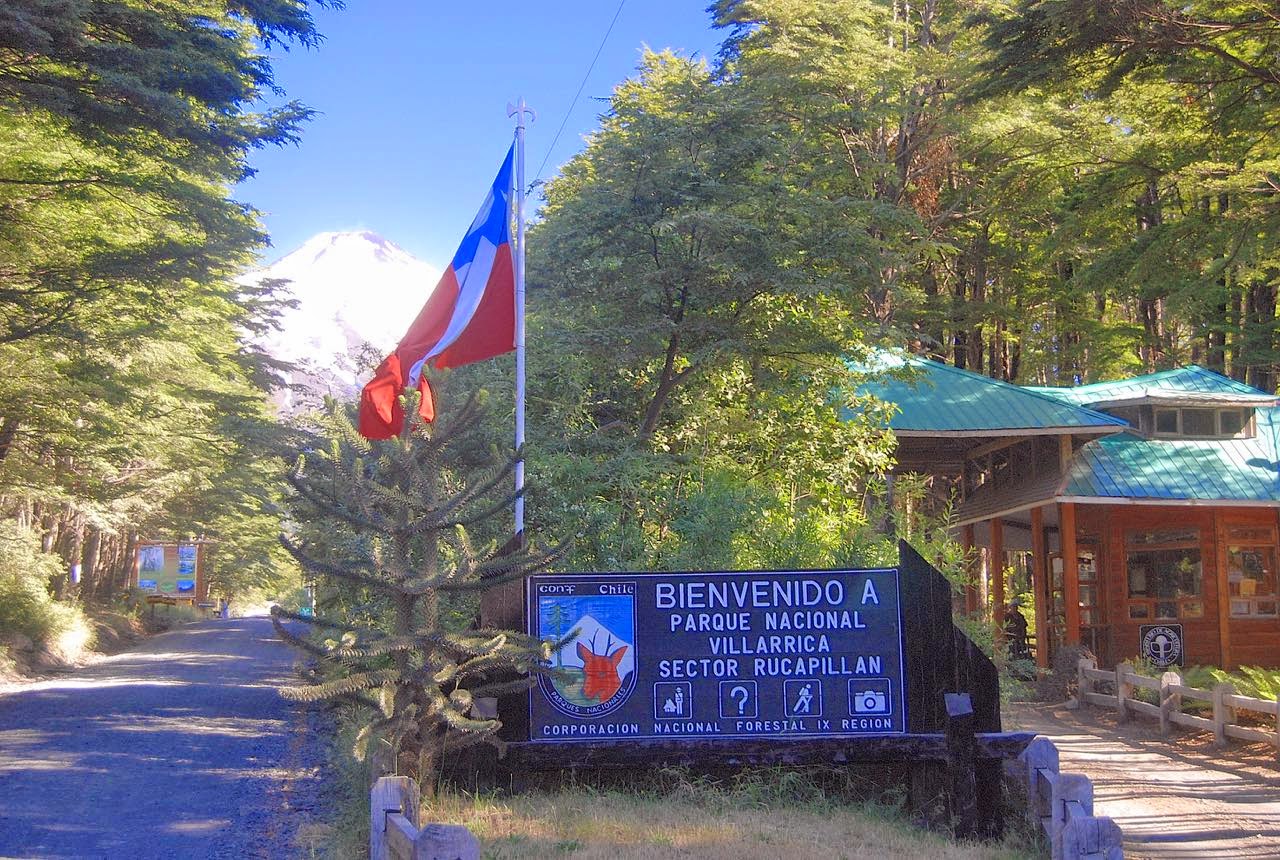 “Sometimes there’s black smoke, at other times it ejects volcanic bombs, supposedly as far as a kilometer from the crater. As always, Conaf exaggerates and closes the park’s Rucapillán entrance [pictured above], while Onemi [the Interior Ministry’s emergency office] and Ovdas [Southern Andean Volcanic Observatory] say one should get no closer than two kilometers from the crater (the ski area is 3.5 kilometers away). In Pucón, we haven’t felt anything, no movement or noise, just occasional smoke with ashes and firelight at night. Some people are panicking and leaving, while others say it’s just normal.”

In fairness, past eruptions have affected the mountain’s south-side communities more than north-side Pucón, but the sudden eruption suggests that authorities were right to close the park. As I replied to my friend, “There’s always some idiot who’ll want to climb the mountain for a thrill,” and on Tuesday he had changed his tune a bit:

“Yes, [the eruption] was faster and more violent than we expected. I missed the beginning, but it was impressive at 3:30 a.m., then it diminished quickly. Except for those near the rivers with the possibility of lahars [mudflows], there was never really any danger.” Then, he added:

“Certainly some people will leave today, especially tourists. I think that, at the moment, the roads are still closed (possibility of floods), but I expect they’ll open soon. They closed the highways from Freire and Loncoche to [the more westerly city of Villarrica] to keep sightseers out. At 10 a.m., I’m going to the office.” Business as usual, then, for a travel agent.

A German friend, who lives closer to Villarrica and also works in the tourism industry, confirmed that “Everything is OK at our place. We are far enough away from the lava and we are in a green zone.” The last I heard, authorities had reduced the alert level to yellow, but it still seems unlikely that I’ll summit Rukapillán (to use the mountain’s indigenous Mapuche name) this year. And besides, slogging up loose volcanic debris is more tiring than crampons on the snow – much of which has now melted.

As to the title of this post, apologies to the late Malcolm Lowry, whose personal struggles were far more serious than my presently frustrated desire to scale the mountain.
Posted by Wayne Bernhardson at 3:28 AM