In 1979, when I first met Marializ Maldonado’s late father Manuel in the northern Andean Chilean village of Putre, he and most of the family were living in the port city of Iquique. Although they owned a house in the greater Santiago municipality of Renca (pictured below), he took a job in Iquique because duty-free customs preferences there made it possible to buy an automobile and for Manuel, from a working-class background, this was an opportunity too great to pass up.
Some years earlier, he told me, he had visited New York for a labor union workshop and, walking down the street, he realized that the stipend in his pocket would have enabled him to buy a used car there. Thus, while his eldest son Víctor and daughter Marializ attended university in Santiago, Manuel, his wife and younger son stayed in Iquique to make the car a reality. Internal customs regulations prohibited taking it out of the northern region for more than two months a year.

I stayed with the family in Iquique and, when I arrived in Santiago, I stayed in the Renca house with Víctor and Marializ and got to know the city for the first time. Their part of Renca, though, was not a central neighborhood – rather, it was a población, a district where the government had built blocks of small and virtually identical semi-detached houses for working-class people. Getting downtown require taking a roundabout bus or taxi colectivo, as Chileans call the route taxis that serve most of their cities.

I have spent the past several days in Renca, a part of the city that few tourists every see, and will be here until Saturday the 29th. In December, when I purchased my new (used) car from a woman in the upscale eastern borough of Vitacura, I think she was a little startled when we had to come here to fetch some documents I had forgotten. She probably thought a foreigner who could afford her SUV would be staying far closer to her own neighborhood. 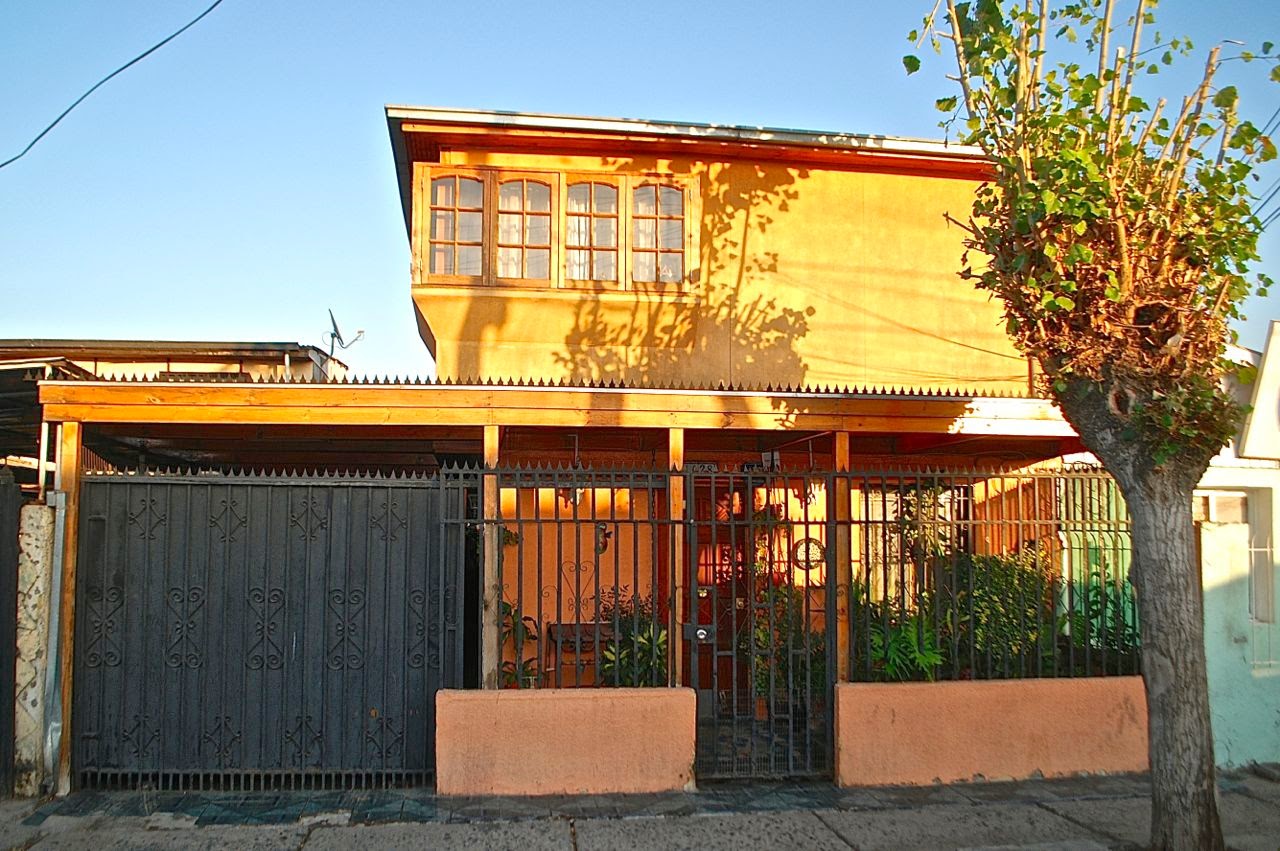 In reality, though, this part of Renca is an orderly place. Nearly all the houses are well-kept, several have added a second story, and there are other signs of prosperity – as single-vehicle carports cannot accommodate a second vehicle, there are often blocked sidewalks.

I have the house to myself, as Marializ appears to be reuniting with her ex-husband, and there are many things I like. The interior, including kitchen, bath and electricity, is far superior to what it was thirty-some years ago, and I love the mature grapevine that shades the carport. There’ve been few distractions as I’ve finished up maps and photographs for the upcoming fourth edition of Moon Handbooks Patagonia. It’s surprisingly quiet here, though the freeway is just a couple blocks away and there are occasional outbursts from barking dogs. 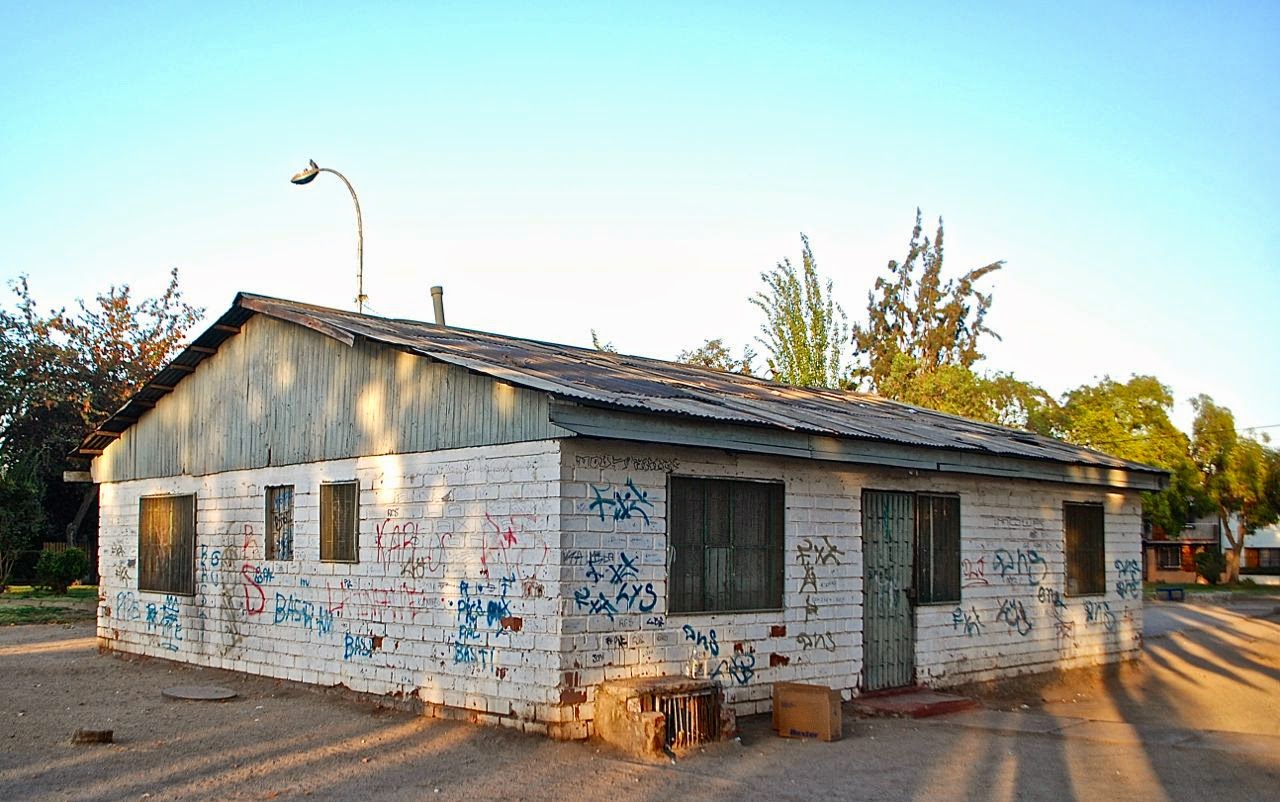 That said, I wouldn’t idealize it. The houses’ gardens feel microscopically small, the landscaping in the public plaza across the street could be better (though it’s not dirty), and graffiti cover the walls of its community center (pictured above). There are broken trash bags on some blocks. What bothers me most, though, is that there are few services within easy walking distance – there are small neighborhood markets here, but they barely have any fresh produce – and there are no restaurants whatsoever.
Getting downtown is not difficult, as a single Transantiago bus takes me there in ten minutes or so, but getting back is a bit less direct, usually involving a combination of Metro and Transantiago, or a taxi. The Santiago Metro is a superb urban transportation system, but there is no station within easy walking distance of here. In consequence, I feel a bit isolated.

That said, I find Renca considerably more impressive than it was when I first stayed here, and that’s a reflection of the country that Chile has become in the interim.
Posted by Wayne Bernhardson at 5:09 AM