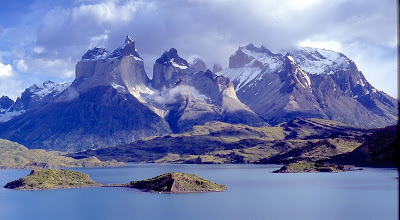 As the Southern Hemisphere spring and summer approach, my thoughts turn to Patagonia – I’ll be updating my guidebook to the region later this year - but many of us have only a vague idea what that means. Consequently, I’d like to try to define the region that has stimulated the imagination since Ferdinand Magellan first landed there in the 16th century. 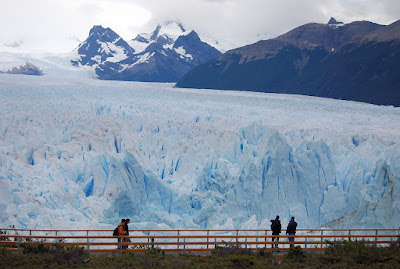 Intending visitors may think first of iconic landscapes like those at Torres del Paine (pictured at top) and the Perito Moreno Glacier (pictured above) but, most broadly, Patagonia comprises much of southernmost South America (mostly Argentina, but also parts of Chile). Its name probably derives from the first aboriginal inhabitants that early explorers encountered – “Patagones,” roughly translated as “people with big feet.” Though its etymology is unclear, this descriptive term for people who dwarfed the Spaniards in stature may have originated with Magellan’s Italian chronicler Antonio Pigafetta. 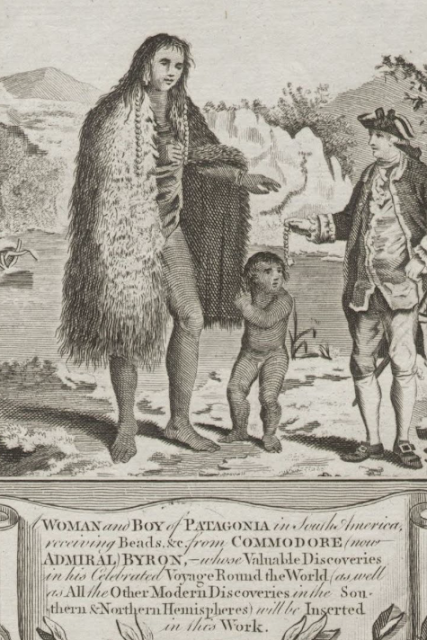 Hearsay grew that legend, as the 18th-centurty illustration above suggests, but the region’s native people are still a good starting point for defining the region. Until the late 19th century, the Tehuelche, Mapuche, Huilliche, Puelche and other mobile peoples dominated the area south of the Río Colorado (in Argentina) and the Río Biobío (on the Chilean side), and they are still a presence today – most conspicuously in Chile. 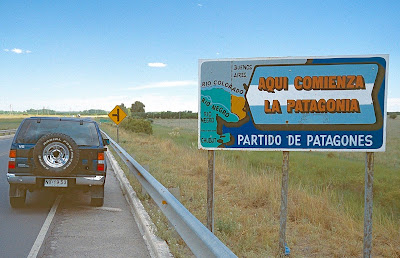 Broadly speaking, those boundaries still exist today: by broad consensus, Argentine Patagonia consists of the mainland provinces south of the Colorado - Río Negro, Neuquén, Chubut and Santa Cruz - plus its sector of the Tierra del Fuego archipelago (the sign in the photo above, taken at the Colorado, says "Patagonia starts here"). Much of this is a “Big Sky Country” – think Montana, but with an Atlantic coastline populated by marine mammals (whales and seals) and penguins. 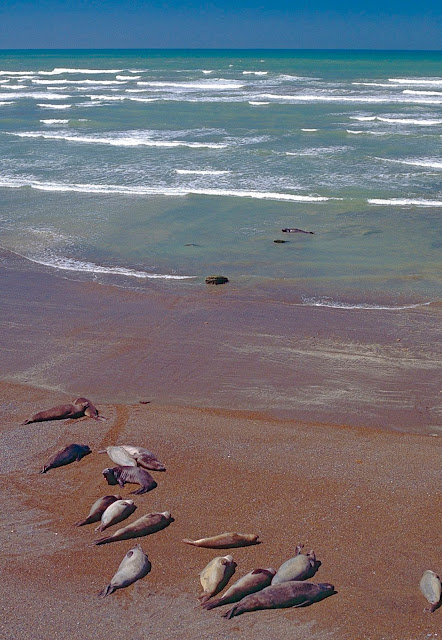 In Chile, Patagonia traditionally begins at the channels and fjords of the thinly populated and densely forested Aisén region (pictured below) – almost roadless until recently - where ferries and airplanes have long been the main means of transportation. It’s an area that resembles British Columbia and the Alaska Panhandle. 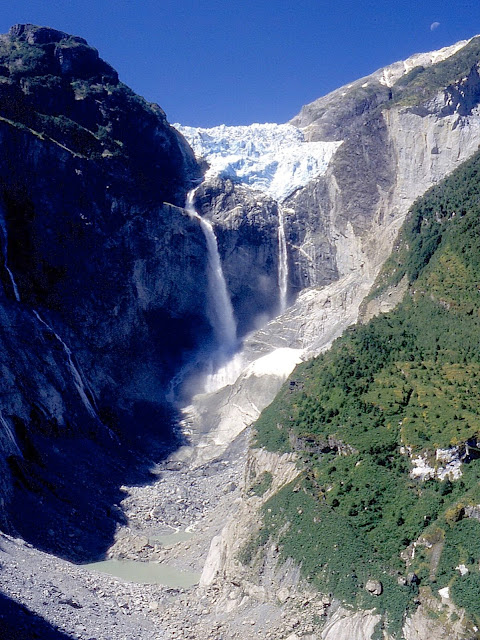 Chile’s southernmost region of Magallanes, which includes part of the Tierra del Fuego archipelago, is indisputably Patagonia, but the more northerly “Lakes District” south of the Biobío has actively embraced the designation – in that sense, “Patagonia” is becoming an informal brand (rather than a line of clothing). In an area resembling Oregon and Washington, this brings the Chilean boundaries more closely in line with those in Argentina, and cross-border travel is routine here. 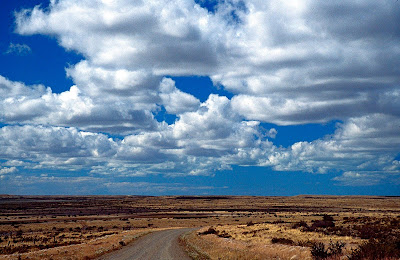 Geographically, Argentine Patagonia about the same size as Texas or Turkey, and Chilean Patagonia roughly comparable to Germany, but environmentally speaking the differences are striking. As you travel west, Argentine Patagonia’s thinly vegetated steppe (pictured above) turns to southern beech forest as it approaches the relict glacial lakes on both sides of the Andes (as pictured below). Farther south, the steppe becomes Magellanic moorland, while the glaciers and icefields still survive – a great reason to get to know this vast area, but far from the only one. 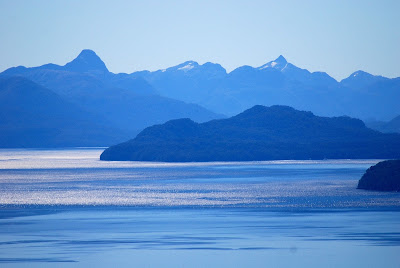 One or twice a week, in summer, I ride my bicycle over the Oakland Hills and into the town of Orinda – a distance of about 20 miles - where I have lunch before taking BART back home or doubling back over the hills into Berkeley and thence home. On occasion, though, my wife and I drive to Orinda to enjoy a movie at its classic deco cinema (pictured below) – as we did last Saturday. 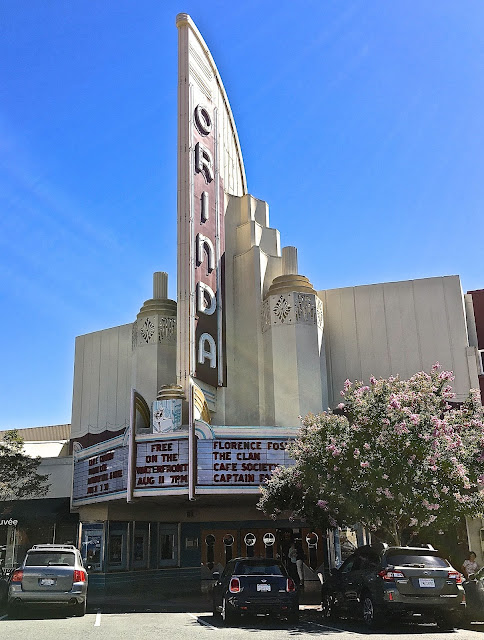 When I checked online movie schedules, my wife was looking for a comedy and her choice was the Meryl Streep vehicle “Florence Foster Jenkins,” a gimmicky film that was a waste of time and money. I was surprised, though, to see that the theater – which has divided itself into one large salon, where Streep was on the screen, and three smaller halls that sometimes provide artsier options - was also showing director Pablo Trapero’s dark drama “The Clan,” set in Argentina’s post-Dirty War period.

It surprised me because Orinda is an upper-upper-upper middle class town that’s relatively conservative by Bay Area standards, and “The Clan” is the kind of film that I’d expect to have greater appeal in more diverse and politically active cities such as San Francisco, Oakland or Berkeley. Mind you, there were few viewers at the late Saturday showing of Meryl Streep’s film that we attended (By the way, I like and respect Streep, but her new film is no "Sophie's Choice"). 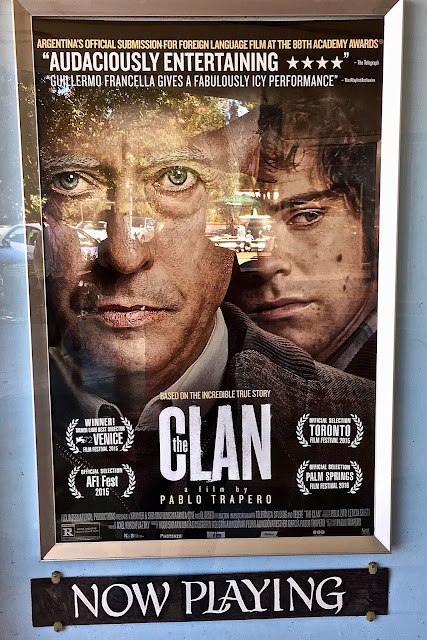 That said, I really wanted to see “The Clan,” Trapero’s version of a true crime story in which suburban Buenos Aires patriarch Arquímedes Puccio (played by Guillermo Francella, pictured above left) recruits his son (Peter Franzini, at right) and other family members into a kidnap-for-ransom scheme that goes wrong - especially when Puccio loses the protection of his military contacts after Argentina’s return to constitutional government in 1983. On a Monday afternoon, there were only nine of us in the audience.

Previously, the children worked in the family’s downstairs corner deli, but most of them – not all – become at least complicit in the father’s psycopathic attempt at economic and social advancement. There are some truly discomfiting scenes as Arquímedes phones the families of his victims to extort a ransom from them – in US dollars, of course, at a time when inflation sometimes reached 50 per cent per month.

“The Clan” is not an easy film to watch, but it’s an absorbing portrayal of a dysfunctional family in unstable circumstances. Francella, who made his reputation as a comedian, is disturbingly effective as a sociopathic control freak, even as he helps his youngest daughter with her homework. The others, though, he betrayed – only to be betrayed by superiors on whom he tried to deflect the blame for his crimes.
Posted by Wayne Bernhardson at 12:52 PM 2 comments: 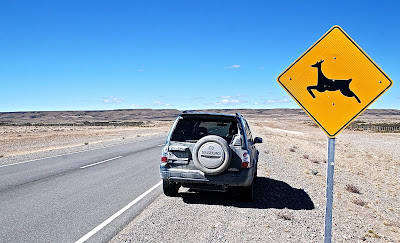 Patagonia’s a huge region – Argentina’s sector is about the size of Texas and Chile’s is roughly the same as Germany – which means that the region provides almost limitless opportunities for a road trip. I’ve written here often on Chile’s scenic Carretera Austral, but I’ve paid less attention recently to Argentina’s Ruta 40, which parallels the Chilean highway. 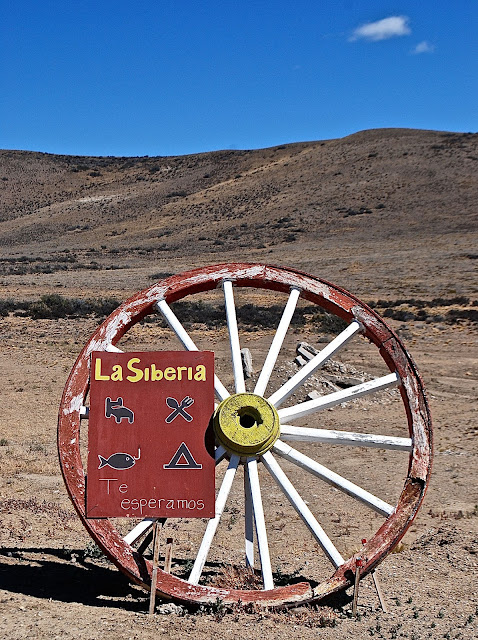 Connecting northernmost Argentina’s border with Bolivia to the southernmost tip of its continental territory, facing the open South Atlantic, Ruta 40 is a legendary highway – comparable to Route 66 in the United States. Many US musicians have covered the rhythm and blues standard “Route 66,” but Argentina’s Dylanesque singer-songwriter León Gieco has recorded a series of albums covering the geographical (and musical) distance from La Quiaca (in the north) to Ushuaia (in the south), with assistance from Oscar-winning composer Gustavo Santaolalla. Their musical route strayed from Ruta 40 at times, but always pointed in the right direction.

I have driven most (but not quite all) of Ruta 40, most memorably in in 1991, when my wife, a friend and I took four days in southern Patagonia to cover the distance between El Calafate and the more northerly town of Perito Moreno on what was then a precarious gravel road – though now it’s an almost entirely paved parallel to its Chilean counterpart. In a rattling 1969 Peugeot panel truck (pictured below) I got from my father-in-law, we covered some 500-plus kilometers in four days and saw a total of three other vehicles. En route, our transmission lost first and fourth gears, so we made most of the trip in second and third (eventually we were able to repair it in Bariloche). 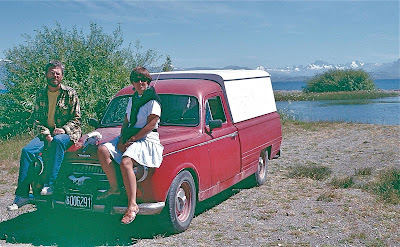 Unlike the forested Chilean route, the Argentine side consists mostly of scrubby steppes which, however, in the words of Charles Darwin, were notable for “the free scope given to the imagination.” Many times I’ve crossed the “Big Sky Country” of Montana, but this was even “Bigger Sky Country.” 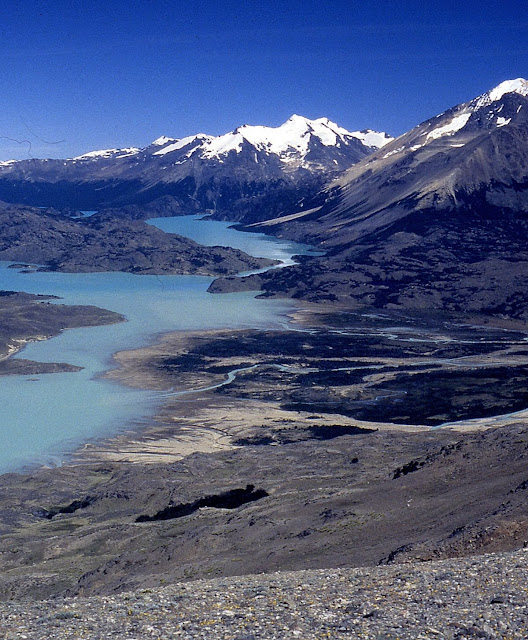 But there were individual sights to remember. One was a westward detour to the splendid isolation of Parque Nacional Perito Moreno (pictured above, not to be confused with the Perito Moreno Glacier), where we were the only visitors on the eastern front range of the Andes. Another was the desolate settlement of Bajo Caracoles, still home to the only gas station along the route and a landmark roadhouse hotel. Then there was the Cueva de las Manos - now a UNESCO World Heritage Site - for pre-Columbian paintings of human hands, wildlife and even abstract designs in the canyon of the Río de las Pinturas (pictured below). 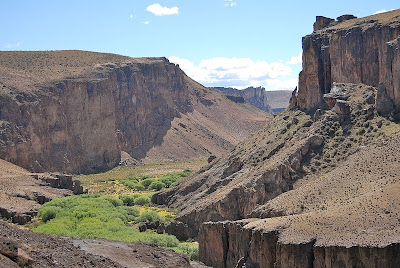 In the ensuing years, I’ve driven this segment and more at least another dozen times. The road and its services are constantly improving – guest ranches and even restaurants are more common – but it’s the vast landscape that brings me back to an area that, to paraphrase Darwin, has taken “so firm a hold on my memory.” 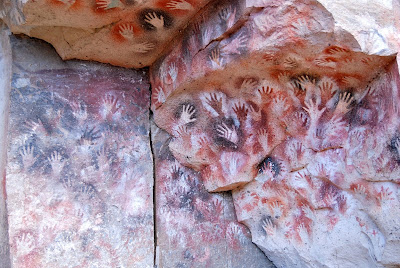 There is also public transportation, at least in summer, from El Calafate and El Chaltén north to Los Antiguos (and beyond to Bariloche), with Chaltén Travel and Taqsa. At those destinations, and at several other locations, it’s possible to cross the border and continue the road trip on the Chilean side. 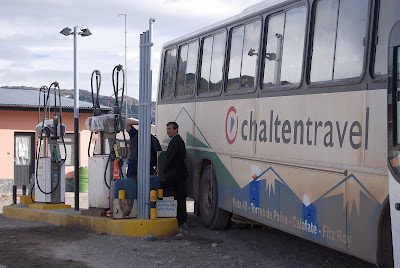 Posted by Wayne Bernhardson at 10:35 AM No comments: