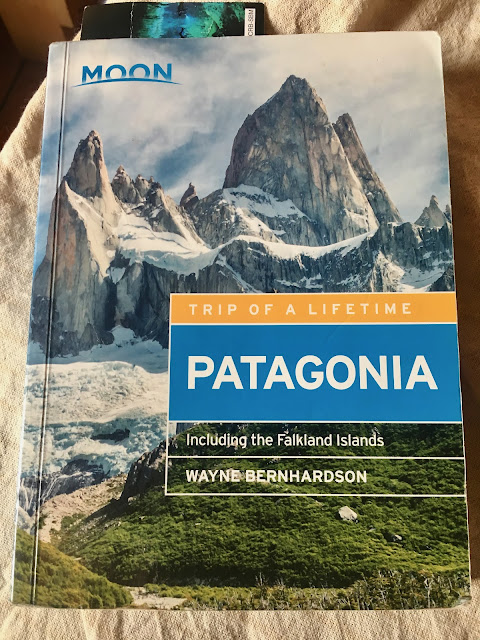 When I arrived in Santiago de Chile in late February of 2020, to begin updating Moon Handbooks Patagonia for the upcoming sixth edition, what we now recognize as the COVID pandemic had barely begun and few of us appreciate what was a transformative event it would be. A couple weeks later, after I had crossed into northern Argentine Patagonia, its significance had become apparent and I managed to return to Chile before the border shut down and then, after various delays, to home in California.

After that lengthy delay, I’m once again planning—tentatively—to return to Chile in November. While I did travel to Buenos Aires and surroundings in March and April, I didn’t even consider a detour into Chile because its government had been slow to acknowledge foreign-administered vaccinations—an approval that’s necessary to obtain a pase de movilidad (mobility pass) permitting access to museums, restaurants, and other sites of interest to non-resident visitors.

At that time, it was taking weeks to obtain the obligatory homologación, requiring an extended quarantine that made tourist travel inconvenient at best. Under pressure from the tourism sector, though, it has now instituted a process that should take no more than 48 hours through the Health Ministry’s vaccination website. Unfortunately, this does not (yet?) appear in English or any other foreign language but, since the policy in question is barely a week old, perhaps that’s just a short-term glitch? For those of us competent in Spanish that’s not an issue, but for the upcoming season it would seem essential.

What Is a Mask? A Linguistic Digression

Ever since the pandemic started, we’ve been wearing masks and, when out in public, I still wear one (Alameda County, where I live, has only just rescinded its indoor mask mandate). I was in Chile when the pandemic started but before the mandate but, after I returned home quickly, the mascarilla soon became universal there and is still obligatory indoors and in outdoor spaces where it’s not possible to maintain one meter of distance between individuals. Mascarilla, by the way, is a diminutive of máscara, but I think the latter implies something that covers the entire face. In English, of course, we have just one term that covers both, though there qualifiers—“surgical mask,” for instance.

In Argentina, where I recently spent a month-plus, there are no mascarillas—rather, there are barbijos and tapabocas, two words that seem etymologically or otherwise curious. Barbijo derives from barba (beard), which feels odd since both men and women wear them, so perhaps it should be “barbijx” in interest of inclusive language?

Alternatively, Argentines use tapabocas, which literally means “mouth covering”—oddly inappropriate, one would think, when masks are supposed to cover both the mouth and nose. Nevertheless, during my time there, Argentines were pretty conscientious about wearing their masks properly—both indoors and outdoors.

SCL to PUQ to MPN

Meanwhile, flights from the South American continent to the Falkland Islands will resume this coming Saturday, July 2nd. Since the Islands—insular Patagonia, if you will—form an important entry in the book, I’m very keen to return. Also, having lived there for more than a year in 1986-7 and revisited half a dozen times, I have many friends and acquaintances whom I am keen to revisit.

According to an email I received from Sally Ellis, of Stanley’s International Tours and Travel, “The LATAM airlink with Chile will resume on 02 July with its normal route of Santiago - Punta Arenas - Falklands roundtrip, and a roundtrip possible from [the Argentine provincial capital of] Rio Gallegos if you travel to the Falklands on the second Saturday of each month and return on the third Saturday of each month.” It’s worth noting here that anyone flying from Punta Arenas to the Falklands and disembarking in Río Gallegos on return could run afoul of Argentine immigration—since Argentina consider the Falklands to be theirs, they may not give you an entry stamp at the airport and, when you try to leave at another border post, officials there might say you entered the country illegally.

Before the pandemic hit, there was an alternative route via Brazil and the central Argentine city of Córdoba but, according to Sally, “The Brazil route has no resumption date yet but will not be before the summer - maybe November?” I’ve never taken this route, but I wouldn’t rule it out at some point—especially since it would give me a chance to revisit one of Argentina’s most historic provincial capitals and its nearby Sierras.

Posted by Wayne Bernhardson at 4:08 PM No comments: