Mayhem Among the Moai? It's Fiction, Fortunately. 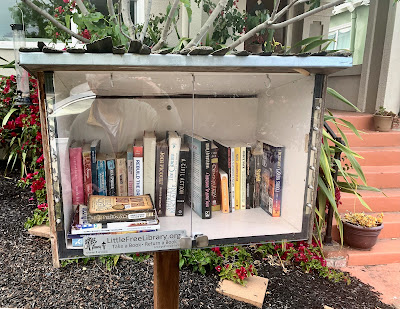 A few weeks ago, while walking the dog, I rifled through a nearby Little Free Library and stumbled upon an intriguing title by the late Lyn Hamilton, a Toronto-based author of archaeological mysteries. The Moai Murders, as you might guess, is not about the destruction of iconic statues on Rapa Nui (Easter Island), but rather about events at a fictional “Rapa Nui Moai Congress,” where academic disagreements appear to escalate into mayhem. I enjoy whodunits, so I took it home and have finally finished it.

Hamilton’s protagonist, Lara McClintoch, is a Canadian antiques dealer who chances upon violent death everywhere she goes (there are 11 books in the series, in destinations including Mexico, Perú, Italy and China as well). According to her website, Hamilton made a point of doing fieldwork in the destinations she wrote about, and traveled to Rapa Nui in 2004.

Lara is an archaeological amateur, and that’s apparent from her (and Hamilton’s) infatuation with Thor Heyerdahl, whose legacy there is more notoriety than scholarship (Heyerdahl proved it was possible to raft from South America to Rapa Nui, but not that it happened that way; the overwhelming consensus is that the island was settled from the Western Pacific rather than the continent to the east). Could bitter differences of opinion result in multiple deaths at the Congress, however?

I’m not going to offer any plot spoilers, but I will quote the late Georgia Lee, founder of the Rapa Nui Journal (for which I have written in a somewhat more academic vein) to the effect that “The Moai Murders would be a good book to take along on the flight home from a visit to Rapa Nui; the reading time is just about the same as the flight time” (back to Santiago, at least). I will note, however, that Lara’s friend and companion Moira’s impulse to embrace a moai would probably, at present, be enough to get you expelled from the island, and that the Rapanui people—as Georgia Lee emphasizes—are barely noticeable in the book.

For my part, though I’ve been to Rapa Nui half a dozen times or so, I haven’t visited since 2012. Because I’m not presently writing a guidebook to Chile, I’m not likely to return any time soon but I will note that, in the hopefully waning days of the pandemic, flights from the mainland have resumed. The island has been highly dependent on the tourist economy and, while there’s only one weekly flight at this time, there will be two or three per week after August 1st. These will be subject to restrictions, including vaccination records, PCR tests and other requirements. These requirements could also change, depending on public health developments.

Posted by Wayne Bernhardson at 10:59 AM No comments: