Ever since I first visited Latin America, with a spur-of-the-moment train ride from Mexicali to Mazatlán nearly 40 years ago, I have preferred to travel independently and – with the exception of a few necessarily fixed cruise ship itineraries - I’d sooner wing it. Even now, as my Moon Handbooks and other writings include suggested itineraries for those who must fit their travels into fixed periods from a week to a month or more, my own itineraries remain flexible. 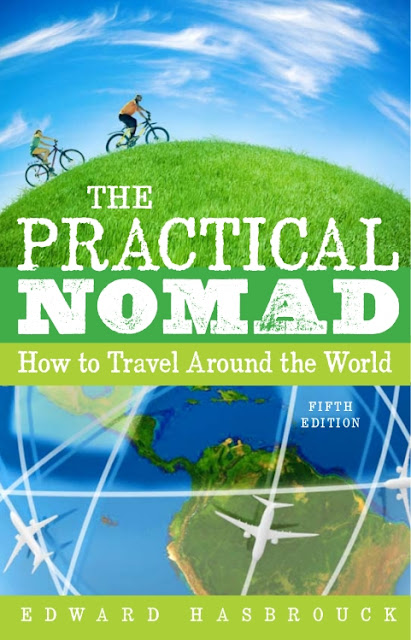 Of course, I do travel differently than I did in the days before I had a family, a mortgage, and other responsibilities. Nearly all my travels now have to do with updating my Moon Handbooks to Argentina, Buenos Aires, Chile, and Patagonia, and this differs greatly from traveling “for pleasure.” Given that, almost every year, I spend four to five months in southernmost South America, when I return to my home in California, I don’t feel like traveling much farther than around the block, whenever my dog needs to go out. Even less do I feel like devoting a month or more to, say, take the Trans-Siberian Railway across Asia.

That’s not to say my travel is not pleasurable – I greatly enjoy revisiting the sights of the Southern Cone countries, and seeing people I have grown to know over more than two decades as a guidebook and travel writer. I enjoy good meals and fine wines, but at the same time I’m aware this is now work. While a first-time visitor to Buenos Aires needs to find one hotel, I need to know dozens or more; where the one-timer needs to know when the next bus leaves from Bariloche to El Bolsón, I need to know them all. Guidebook writing means long days and much of the product is inevitably formulaic – there’s only so much you can do with bus schedules.

I don’t regret this change in the way I travel but, at the same time, I do miss the spontaneity with which I once backpacked down the “Gringo Trail” all the way to Tierra del Fuego and through Western Europe in the days before the Berlin Wall came down. Another person who’s adapted to the times is my travel-writing colleague Edward Hasbrouck, probably the best-traveled person I know, who’s just released a new fifth edition of The Practical Nomad: How to Travel Around the World.

The Practical Nomad is exactly what it says: a nuts-and-bolts manual on traveling abroad – not necessarily literally “around the world” - for extended periods of time. It is not destination-oriented; rather, it offers suggestions on how to get the best out of whatever destination you choose. I recall that, after renting our apartment in Buenos Aires, he and his companion Ruth Radetzky found plenty to see and do in muggy subtropical Posadas - a city that foreign air travelers rarely even see and most overlanders visit only long enough to change buses for Iguazú falls. To quote a phrase from the classic People’s Guide to Mexico, “Wherever you go, there you are.”

That said, it The Practical Nomad offers informed tips that, given Edward’s background as a professional travel agent and right-to-travel activist, are far more knowledgeable that the scuttlebutt rumors I used to get from other travelers whose paths I crossed. They are light years better than any crowd-sourced information on the Internet, even though I might quibble with some of his details. I agree with him, for instance, that the countryside of Argentina, Chile and Uruguay is best seen by rental car, but would emphasize that Chilean roads, particularly, are fast reaching North American standards – especially given the fact that Chile is investing in its infrastructure, even as the United States is letting its highways go to pot(holes).

The Practical Nomad, though, focuses on topics such as getting time off for foreign travel and financing it, flights and other transportation options, the bureaucracy of documents, visas and border crossings, and especially tech suggestions. Edward also writes the informative blog of the same name, The Practical Nomad, which stresses of freedom-of-travel issues but also provides perspective on topics such as The Amazing Race “reality” TV show.
Posted by Wayne Bernhardson at 3:39 PM