What's in a Name? The Symbolism of South American Streets

When I first visited Buenos Aires, in 1981, my future wife and her older brother shared a small apartment, belonging to their parents, on Cangallo street in the Congreso neighborhood. When we returned three years later to spend several months of research at Archivo General de la Nación, the street signs were a surprise – we no longer lived on Cangallo, but rather on Teniente General Juan Domingo Perón, the first street in the capital to be named for Argentina’s larger-than-life caudillo. 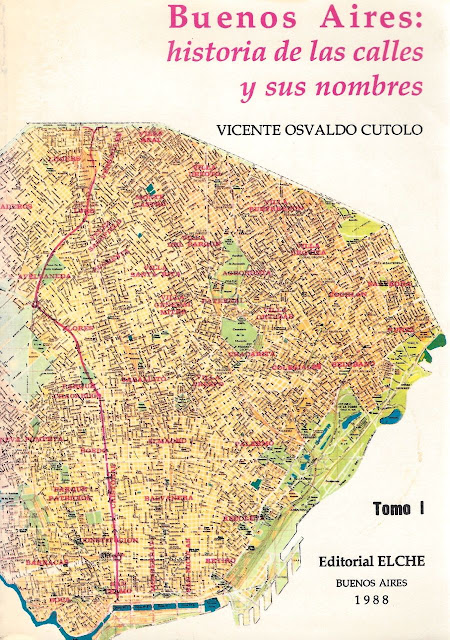 This was not the street’s first name change, though. According to Vicente Osvaldo Cutolo’s encyclopedic Buenos Aires: historia de las calles y sus nombres, the east-west street that starts at Puerto Madero was originally “Merced,” after its namesake colonial church, and then “Sáenz Valiente” after an early city mayor. It became Cangallo in 1822, to commemorate a Bolivian village destroyed by Spanish forces during the South American wars of independence.
There were objections to renaming Cangallo, and it’s interesting to note, as Cutolo does, that even Perón apparently preferred to refer to himself as president rather than by his military rank. What’s always seemed odd to me is that, despite Perón’s towering importance in Argentina history, this nondescript and narrow downtown street (pictured above) bears his name – no matter what one thinks of his politics, a grand avenue would seem more suitable (Evita does have her own avenue in another part of the city). 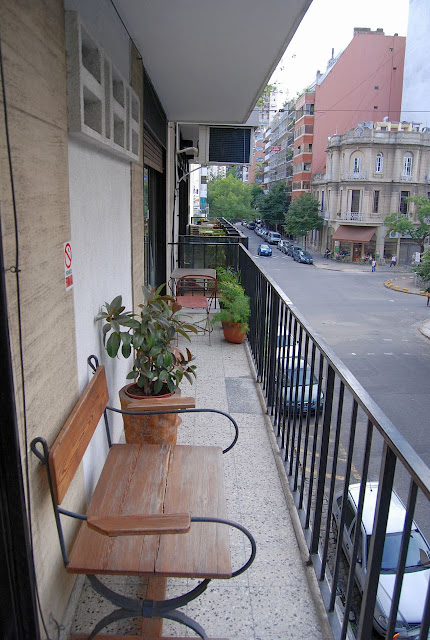 This wasn’t our last experience with Argentina’s volatile toponymy. When we purchased our Palermo apartment in 2002, the street on which the buildings stands was República Árabe Siria (pictured above, from our balcony), but just a few years earlier it bore the name Malabia, after a Bolivian jurist who lived in Buenos Aires in the early independence years. After president Carlos Menem took office in 1989, though, the nine blocks between Avenida Santa Fe and Avenida del Libertador acquired their current name because of Menem’s Syrian origins (his parents were Sunni immigrants to the province of La Rioja, but Menem himself converted to Catholicism which, until 1994, was obligatory to hold the Argentine presidency).

Across the Andes, in Chile, there’s a different sort of controversy on street naming. The late geographer Homer Aschmann of UC Riverside once noted that many street names in the Paraguayan capital of Asunción bore dates of famous historical events – but, he added facetiously, none of those dates corresponded to Paraguay’s brutally hot and humid summers, when the weather made doing anything nearly impossible. In Chile, though, Santiago’s Avenida 11 de Septiembre  (pictured below, at a quiet moment) takes its name from the date of the military coup that overthrew constitutional president Salvador Allende in 1973. Formerly, this segment of the traffic artery through one of the city’s middle to upper-middle class neighborhoods was Avenida Nueva Providencia, paralleling segments of earlier Avenida Providencia. 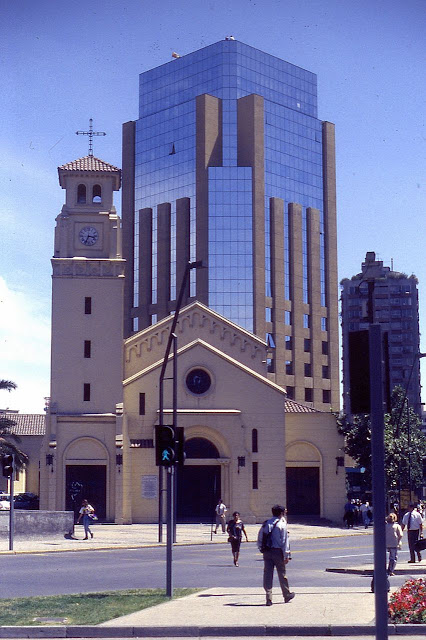 For years since Chile’s return to democracy, in 1989, Avenida 11 de Septiembre has been a sore point and, almost every spring, it’s been the site of vigorous protests that sometimes turn destructive. That could change if, as seems likely, the street reverts to its original toponym – and the city council is due to vote on the issue this coming Tuesday, June 25.

The only noteworthy opposition to the change seems to come from Chile’s extreme right, most notably Pinochet apologist and primary presidential candidate Pablo Longueira, who has gone out of his way to state his opposition to any change, emphasizing that his UDI party considered the Pinochet regime to be “a military government” and “not a dictatorship.” Longueira’s primary opponent Andrés Allamand preferred to leave the issue in the hands of the borough of Providencia, adding that he refrains from using the world “dictatorship” because “I know that a military government is by definition a dictatorship.”

Even if he manages to get the nomination, Longueira is unlikely to defeat the popular former president Michelle Bachelet, who is seeking a second term after four years out of office; his stubbornness underscores the fact that current president Sebastián Piñera, a conservative, was electable partly because he publicly supported the “No” campaign in the 1988 referendum that rejected a continuation of the Pinochet regime. If there’s a lesson here for Longueira and his supporters, it’s that symbols are important, but not in the way they might prefer.

Posted by Wayne Bernhardson at 6:53 PM

Wayne,
From the mid-19th century on, the Calle Cangallo waterfront neighborhood, then overlooking the Bajo de la Merced and the Muelle de Pasajeros, was thick with hotels, among them the Hotel Europa, Calle 25 de Mayo, corner of Cangallo. Around the corner, on Cangallo, was the Hotel de Provence, advertised as "the oldest English hotel" in the city. The Europa, owned a Swiss, Antonio Claraz, was favored by estancieros visiting from the campo, writer R.B. Cunninghame Graham, and the Wild Bunch trio, Butch Cassidy, Sundance Kid, and Ethel Place. In his sketch "El Chef," published in Rodeo (1936), Graham describes life at the Europa & the neighborhood as it was in the 1870s/80s. The Europa was torn down in the early 1900s and replaced with the Palace Hotel, today a university faculty building. Dan