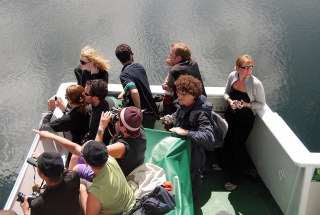 As this is my first blog entry, I don't expect to get much response soon, but I welcome questions about Patagonia, Argentina, Chile, Buenos Aires, and coastal Uruguay, areas all covered in my Moon Handbooks. I will be traveling in Chilean and Argentine Patagonia, as well as the Falkland Islands, throughout November and December, and will spend January and February in Buenos Aires before returning to Chile for the month of March.
Posted by Wayne Bernhardson at 4:03 AM