Recently I wrote about the origins of Aerolíneas Argentinas and Chile’s LAN Airlines, and the different routes they have taken – in the former case, to inconsistency and unreliability, in the latter case, to rapid growth and expansion that’s made it South America’s most reliable airline. The recent merger with Brazil’s TAM has only increased LAN’s prestige and, presumably, its profitability. 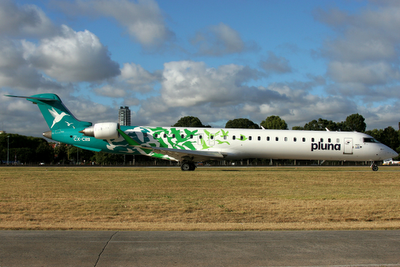 I have almost never written about Uruguayan air services, largely because it’s rarely necessary to fly there – in Moon Handbooks Buenos Aires, I cover only the coastal strip from Carmelo to Colonia del Sacramento (both along the Río de la Plata) and from the capital city of Montevideo to the resort of Punta del Este (both fronting on the South Atlantic Ocean). Uruguay is only about the size of the state of Washington and, given the frequent ferries and catamarans that connect Buenos Aires with Montevideo, and with Colonia del Sacramento and Carmelo, flying there is almost pointless for a trip that takes barely an hour over water. The only notable airport is Montevideo's renovated Aeropuerto Carrasco (pictured below). 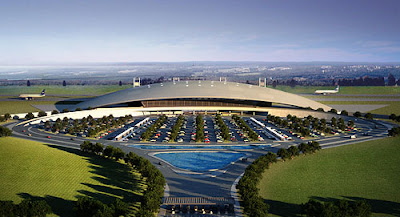 That’s good, in a sense, because Uruguay’s own flagship carrier Pluna recently pulled an Aerolíneas, suspending all flights indefinitely and laying off 80 percent of its personnel. Pluna is operated by LeadGate, an Argentine financial company with links to Canadian interests, but the Uruguayan government is now considering whether to cut its losses, selling both the airline and its assets.

Aerolíneas, for its part, is honoring Pluna tickets, but given its own shortcomings, that will probably only augment the company’s already devastating financial situation. Meanwhile, the company has tried to compensate for its disastrous economic performance with a 1950s-style newsreel PR offensive under the name of “Alta en el Cielo” (“High in the Sky”). Appropriately enough for a country that’s living in the past, the campaign focuses on Aerolíneas’ accomplishments in the first half of the 20th century, ignoring the debacles of the present.

Health & Heart
This is to thank all the well-wishers who have sent comments or direct emails after my recent surgery. I’m still feeling weak, but comfortable at home and expect to be back on the road later this year. In the meantime, I have plenty of deskwork in between naps.
Posted by Wayne Bernhardson at 7:06 AM