I don’t usually promote events other than my own, but readers in the Pacific Northwest will soon have several opportunities to learn something about Patagonian natural history as Dee Boersma, professor of conservation science at the University of Washington (purely coincidentally, my undergraduate alma mater). She will present her new book, Penguins: Natural History and Conservation at several events in the area. 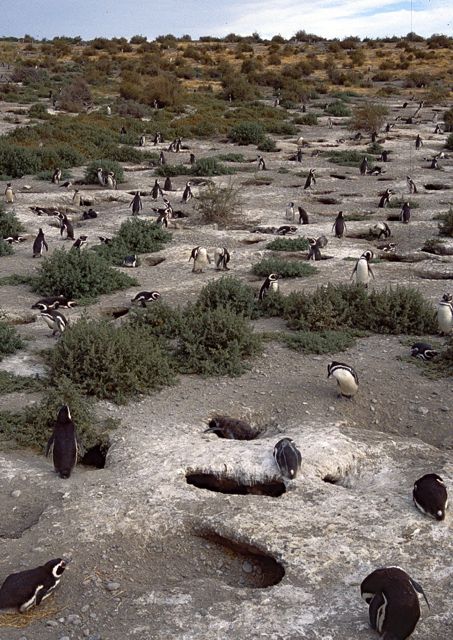 Boersma has worked for more than three decades at Argentina’s Reserva Provincial Punta Tombo (pictured above and below), one of the world’s largest Magellanic penguin nesting sites. The book itself is more global, with coverage of all 18 penguin species, as the UW Press’s blurb notes that "The fragile status of most penguin populations today mirrors the troubled condition of the southern oceans, as well as larger marine conservation problems: climate change, pollution, and fisheries mismanagement.” 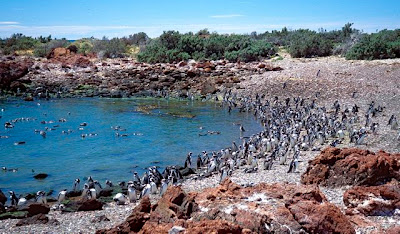 To promote the book, and the conservation issues that accompany it, Boersma and her Argentine colleague Pablo García Boroboglu will appear tonight at the REI Seattle flagship store as part of a larger conservation-oriented event. On Tuesday, May 14, they will also hold a “Penguins in Peril” event at Seattle’s Town Hall and, on Thursday, May 16, a similar talk at Bellingham’s Village Books (where I have spoken several times).

I have never met Professor Boersma in person, though I am familiar with her work and have spoken with her on the phone. For penguin lovers, who are so numerous, and anyone else interested in the critical topic of maritime conservation in the new millennium, this should be a can’t-miss event, and I look forward to reading and reviewing the book some time in the near future. 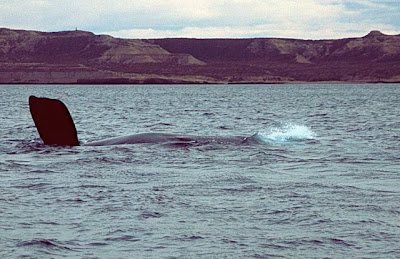 Those of you planning to see penguins in the wild, though will probably have to wait a while. At Punta Tombo, only a few stragglers remain of the 200,000 breeding pairs that burrow along the shoreline. They’ll be back in the southern spring but, meanwhile, nearby Península Valdés will soon be the attraction for the arrival of southern right whales, which breed and give birth in the shallow, sheltered waters of the Golfo Nuevo.
Posted by Wayne Bernhardson at 2:19 PM