Saved from Soccer? My Argentine Nephew Pitches and Hits

Baseball has always been my favorite spectator sport and, as an adult, my main recreational sports passion has been slow-pitch softball, though I’ve only played sporadically the past couple years. Even in Buenos Aires, I’ve played a bit of baseball and softball, though they are clearly niche sports here.

At present, a perplexing leg injury keeps me from swinging the bat, running the bases and chasing down fly balls even if the opportunity presented itself. This weekend, though, I experienced a pleasurable respite from the endless 24/7 of scoreless soccer games that’s Argentina’s usual sporting fare - on a visit to my wife’s hometown of Olavarría, in Buenos Aires province, I got my first opportunity to see my nephew Mariano Peruilh play fastpitch softball in a tournament that has drawn half a dozen teams from quite a distance away. It was rather like finding an Olympic-size swimming pool in the Atacama, as the photograph above suggests. 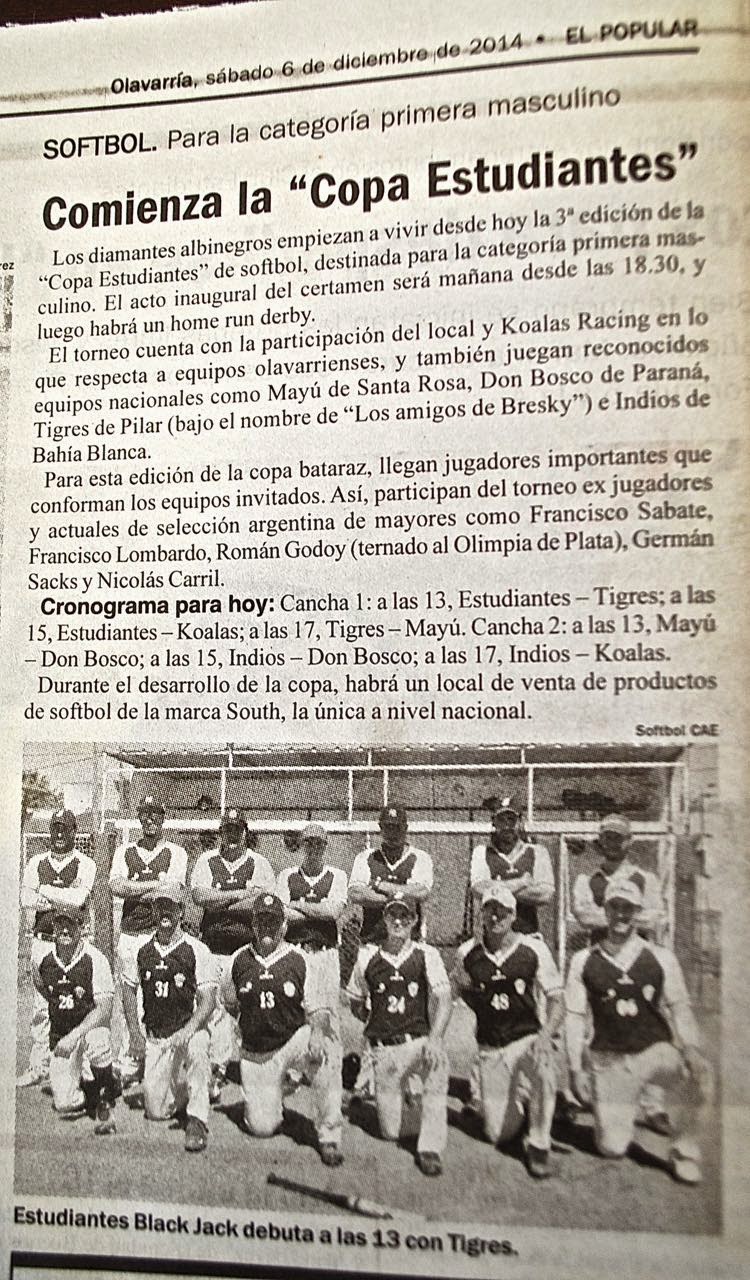 The six teams in the tournament include Mariano’s own Estudiantes Black Jack and their co-hosts the Koalas Racing (one of five teams in Olavarría’s local league; the next nearest teams are in the port city of Bahía Blanca, 302 km to the southwest). One of the tournament teams is the Indios de Bahía Blanca (which is also the hometown of NBA star Manu Ginóbili), but there are also Mayú of La Pampa province (431 km west of Olavarría), the Tigres of Pilar (368 km northeast) and Don Bosco of Paraná, Entre Ríos (723 km north). Surprisingly, there was no entrant from the Argentine capital. 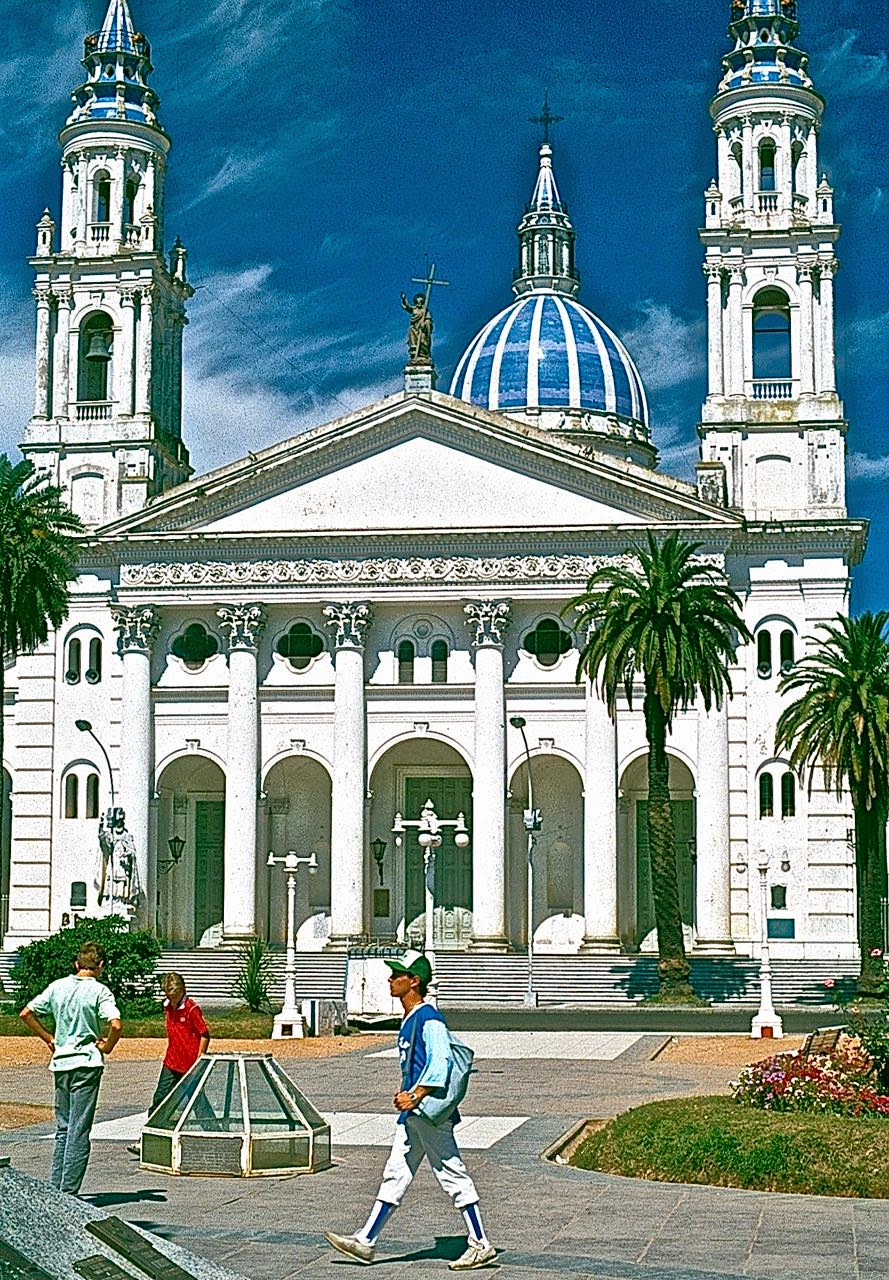 Paraná is the traditional hotbed of Argentine softball, a city of 200,000 people that has at least eight fields, three of them lighted (in the photo above, a local player crosses the plaza in front of the city's cathedral). Mariano once moved there to finish high school in hopes of honing his softball skills to make the national team as a pitcher. That’s not yet happened, but he’s young enough (19) that it's still a possibility.

Olavarría’s Club de Estudiantes has two well-kept fields, one complete with a press box and concessions (with choripán instead of hot dogs). With temperatures above 90° F (about 34° C), we spectators were fortunate that dark netting shaded the stands. In these conditions, the catchers had it particularly tough but, in general, the quality of play was good to excellent. 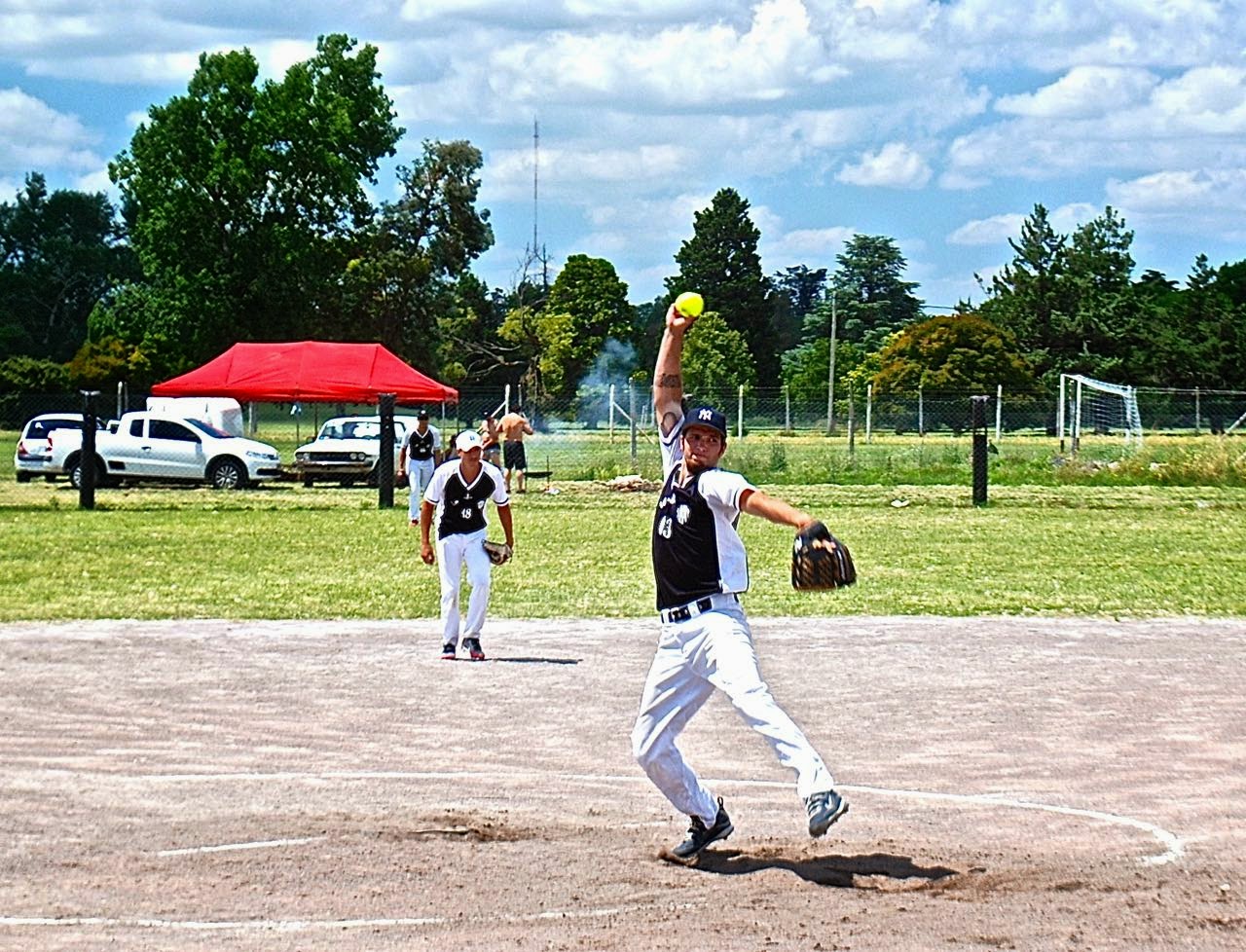 On this particular day, Mariano (pictured above and below) started strong on the mound and at bat, establishing an early 3-0 lead with a pair of crisp run-scoring singles off a hard-throwing Tigres pitcher. At the same time, though, he cost his own team a potentially big inning with a base-running gaffe and then made a fielding error that led to a two-run double; an inning later, he surrendered a prodigious home run that tied the score. At that point, unfortunately, I had to leave because of another family commitment, but Estudiantes got him a couple runs to win by a 5-3 score. In the next game, against their local rivals the Koalas, he got the save in a 2-0 shutout. 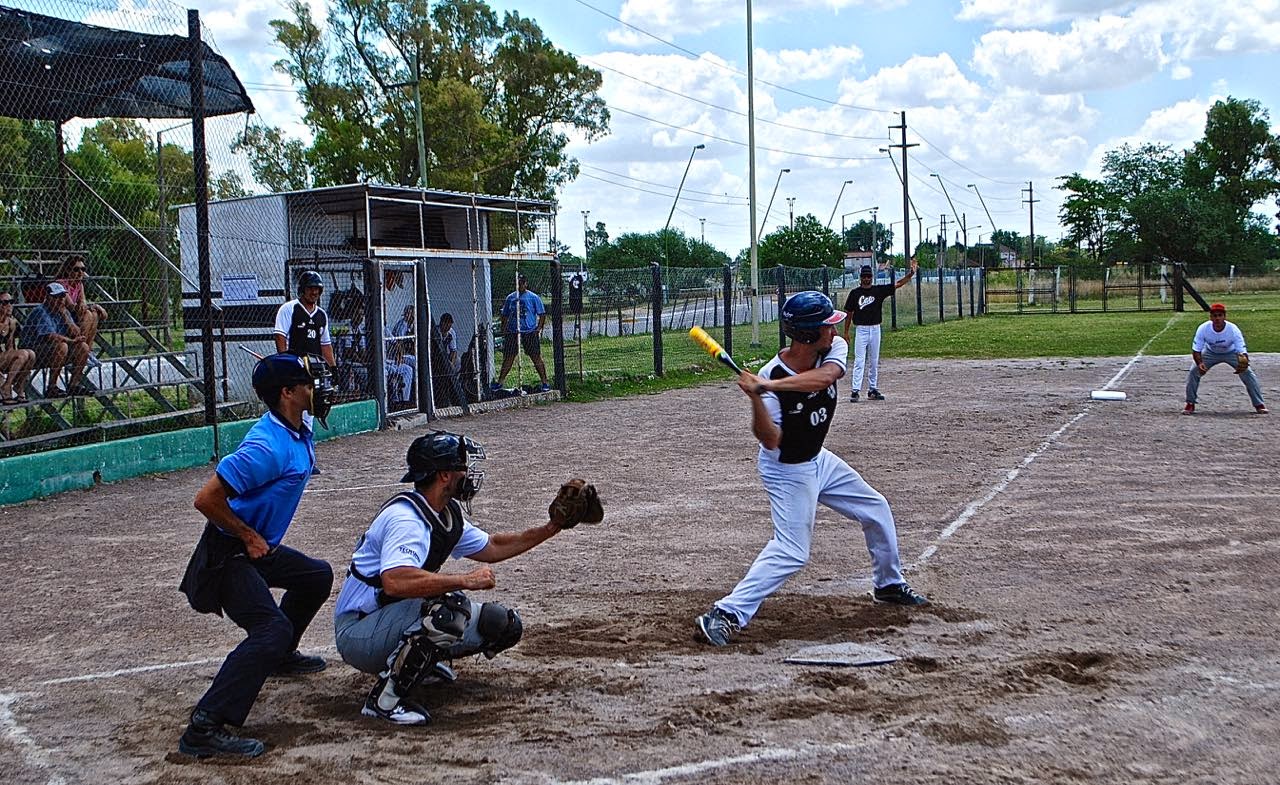 I had to take the bus back to Buenos Aires very early Sunday morning, so I missed the second day (which included a home run derby). Mariano's team didn't fare so well on Sunday, and will have to beat Bahía Blanca early this morning in order to face the Paraná powerhouse in the afternoon semi-finals.

Dynamic Update, Tuesday, December 9: I read in this morning's El Popular, Olavarría's hometown paper, that Estudiantes lost their semi-final game to Mayú of La Pampa and then lost to Bahía Blanca in the third-place consolation game (in which Mariano hit a three-run homer). Mayú beat Don Bosco of Paraná for the championship.
Posted by Wayne Bernhardson at 4:22 AM