In California, the leaves on my backyard grapevines are yellowing and falling softly to the ground but, in the southern hemisphere, the vines are leafing out and, soon enough, the fruit will be forming for next year’s harvest. That means it’s time to tour the austral vineyards again and, though I’ll be heading to Chile rather than Argentina next Monday, it's still a good excuse to review Laura Catena’s Vino Argentino, a detailed and lavishly illustrated account of Argentine wines, food (including recipes), and wine regions, with suggestions for wineries to visit as well as places to eat. 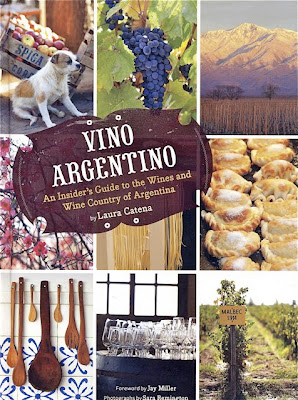 Despite its Spanish-language title, Vino Argentino is a English-language book subtitled “An Insider’s Guide to the Wines and Wine Country of Argentina” but, as the previous paragraph suggests, is more than just that. Laura Catena, for her part, is the daughter of Nicolás Catena (founder of the Catena Zapata winery, pictured below) and now president of the company, but she is also a Harvard and Stanford graduate, an emergency room physician, and an assistant professor of medicine at the University of California at San Francisco Medical Center. Though she spent much of her youth in Berkeley where her father was a grad student in economics and took an interest in California wines - frequently visiting the Napa valley - she spends about a third of the year in and around Mendoza province, where she learned the family business. 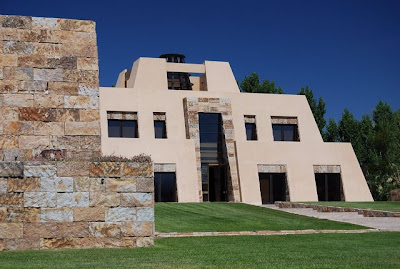 While the Catena family business figures prominently in her background, the book itself goes well beyond narrow self-interest. In a single volume of fewer than 250 pages, she covers all the regions and many micro-regions: Mendoza city (including the subregions of Eastern Mendoza), Maipú and Luján de Cuyo, Perdriel, Agrelo and Ugarteche, Tupungato, Tunuyán, San Carlos, Patagonia, and Salta. Geographically, the one notable omission is San Rafael, in southern Mendoza province. She also profiles major figures in the Argentine wine industry such as Susana Balbo, who is largely responsible for giving the fruity but dry white Torrontés a higher profile. 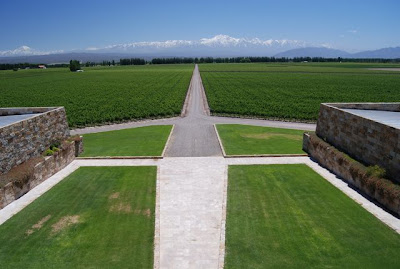 Published by San Francisco’s Chronicle Books, Vinos Argentinos is both a thematic account of Argentine wines and a selective guidebook for wine-oriented visitors, even suggesting an ambitious itinerary that begins in Buenos Aires and visits all major wine regions in 14 days. While it offers numerous recommendations for wineries and restaurants (several wineries have their own), it’s short on accommodations information. Its main drawback, though, is that it’s a bit big and heavy to carry comfortably in the field - in that sense, it’s a reference book more suitable for planning which regions and vineyards to visit.

Of course, it’s also useful as a reference to Argentine wines in a general and specific sense - as well as an encouragement to prepare traditional dishes such as empanadas salteñas (from the Andean Northwest, they’re spicier than their standard Argentine equivalent) and rib-eye steak with chimichurri (a savory marinade that also serves as a sauce). For a true experiment, readers can attempt an helado de Torrontés - with “the flowery perfume of Torrontés wine and the creaminess and grainy texture of homemade ice cream.”

Laura Catena in Person
For residents of the Bay Area, Laura Catena will participate in a wine tasting and book signing at San Francisco’s Ferry Plaza Wine Merchant, next Wednesday, November 17, at 4:30 p.m. I'd personally love to go but, by then, I will be walking the streets of Santiago de Chile as I begin to update the current edition of Moon Handbooks Patagonia.
Posted by Wayne Bernhardson at 6:16 PM