In the course of researching and writing guidebooks, I often hear that I have the ideal job, staying at the best hotels and eating at the finest restaurants. The reality, though, is that spending several months every year without sleeping in the same bed more than two or three nights in a row can be exhausting, and those are rarely the “best hotels” – more often than not, I’m in a campground, a modest B&B, a friend's spare room, or even sleeping in the car.

I can’t afford to eat gourmet meals every day, either, and even if I could, there’s a limit to how much I can eat in any one day – for reasons of health, comfort and cost. Food critics, of course, will eat at a given restaurant multiple before evaluating it, but I rarely have that luxury and have to rely on local contacts to confirm or supplement my own observations.

All that said, I was amused to learn that, according to a Restaurant magazine survey, I have eaten at quite a few of Latin America’s 50 best restaurants. Most of those are in Peru (home to the continent's finest food but where, unfortunately, I visit only to change planes) and Argentina (mostly in BuenosAires, where I spend a lot of time). Anyway, here’s a brief rundown on the ones of which I have personal experience. 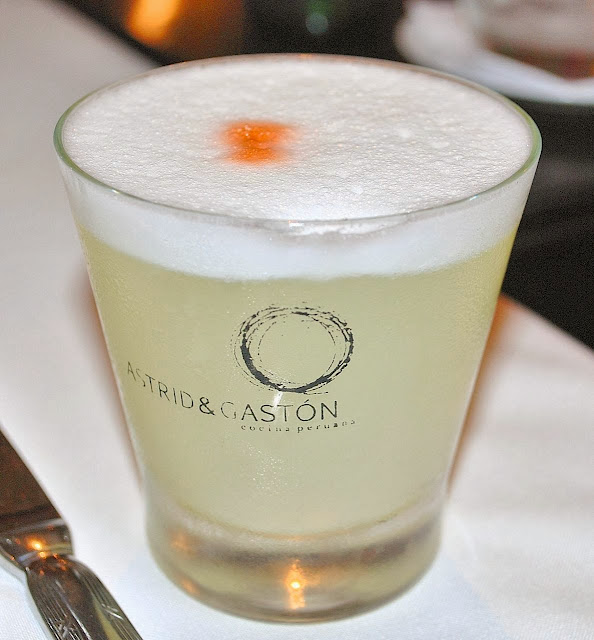 1. Astrid y Gastón, Lima: I’m fudging this a little, because I’ve only been to the Buenos Aires branch of the restaurant, which closed recently, but I hear that Peruvian restaurateur Gastón Acurio has something else planned for the Argentine capital. Meanwhile, there is another branch in Santiago, which I will visit several times over the coming months (the city, not necessarily the restaurant). 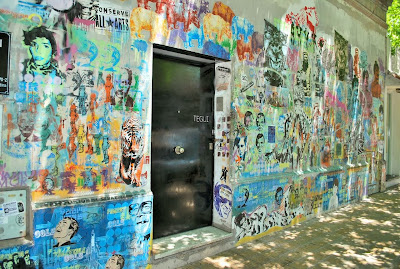 9. Tegui, Buenos Aires: In the barrio of Palermo, behind a concrete wall covered with stickers and graffiti, an inconspicuous black door opens onto a luminous dining room that serves the contemporary cuisine for which chef Germán Martitegui has become famous, such merluza negra (“black hake,” or Patagonian toothfish commonly known as “Chilean sea bass”), pictured below.
15. La Mar, Lima: I’m fudging again, because I’ve only been to the San Francisco branch of Acurio’s ceviche specialist, which has a great happy hour with excellent empanadas. It’s worth staying for dinner, as the risotto below suggests.
17. La Cabrera, Buenos Aires: Palermo’s La Cabrera has drawn some scorn for its flagrant tourist appeal, but I greatly enjoyed the side dishes that complement its traditional meats (pictured below). 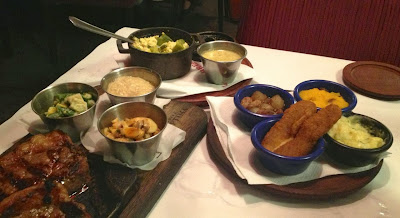 27. Oviedo, Buenos Aires: This is one of the more traditional Argentine restaurants to appear on the list, with a well-prepared menu of fish, beef, risotto and pasta. Its Barrio Norte location is very central for most visitors to the city. 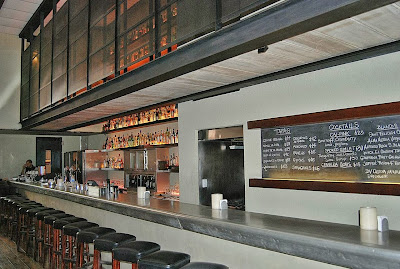 29. Sucre, Buenos Aires: In the outlying barrio of Belgrano, Sucre (pictured above) is a contemporary version of the Argentine grill restaurant, with a wide selection of wines and tapas as well.

33. Pura Tierra, Buenos Aires: Also in Belgrano, but easily accessible by public transportation, this is a sophisticated but unpretentious restaurant that’s my own personal favorite in the city. The wine selection is truly special. 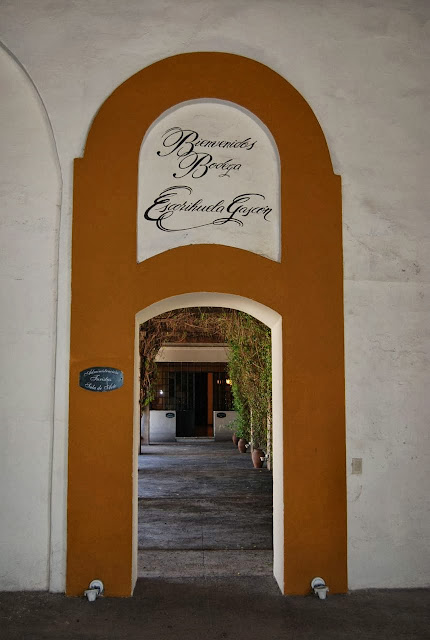 37. 1884, Mendoza: The only Argentine restaurant outside Buenos Aires to appear on the list, 1884 was the first project of celebrity chef Francis Mallmann. I’ve not been there for several years, but I don’t doubt its continued quality, and its location within the Escorihuela Gascón winery (pictured above) is a plus. 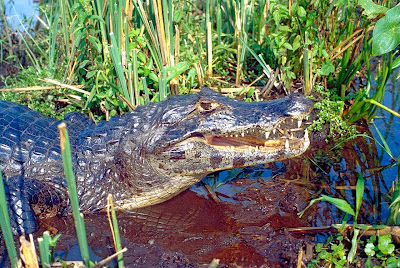 39. El Baqueano, Buenos Aires: In the barrio of San Telmo, El Baqueano is the place to try a tasting menu that may include game dishes such as yacaré (cayman, pictured above) and carpincho (capybara) from the wetlands of subtropical northern Argentina. Pictured below, the latter is the world's largest rodent, roughly the size of a Rottweiler. 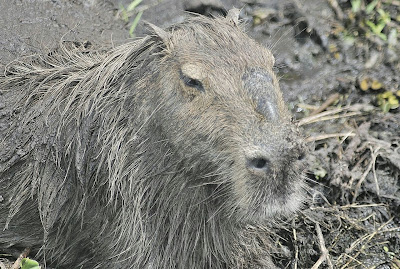 Only two Chilean restaurants appear on the list, both of them in Santiago, and I’ve never eaten at either of them. One of them is No. 8 Boragó, which stresses indigenous Chilean ingredients; the other is No. 48 Osaka (pictured below), a Japanese restaurant in the W Hotel. I have actually visited the latter, whose representative barely flinched when I asked facetiously whether their any-pets policy would apply to my theoretical howler monkey (I don't own any pet primates, and would not do so). 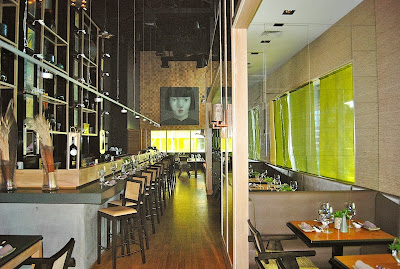 Posted by Wayne Bernhardson at 3:49 PM