Recently, in the online magazine Slate, author Chris Kirk published a rant about the propriety of United States citizens calling their country “America.” In particular, he called out South Americans for complaining that those of us in the US too readily appropriate a term that, in their opinion, applies to the entire Western Hemisphere. 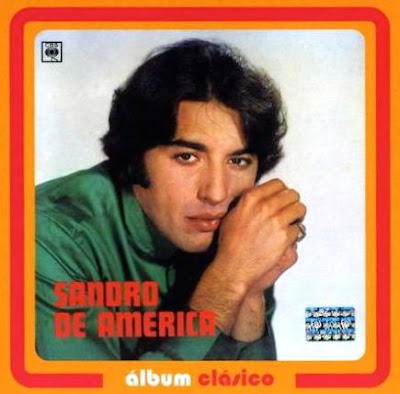 Still, “America” is a loaded term, a Europeanism that derives from the Italian navigator Amerigo Vespucci. To Spanish speakers, “América” comprises both North and South America, as the album cover of the late Argentine rock singer Sandro might suggest. In English, I would normally use “the Americas” if referring to the entire hemisphere.

For my own part, though, whenever anybody asks my nationality, I would never say “American.” Nor would I say norteamericano (“North American”), because that’s an ambiguous term that could apply equally well to Canadians, Mexicans, and even Frenchmen (the French overseas territory of St. Pierre et Miquelon is 2,373 miles from Brest, but surrounded by Canadian waters only 12 miles from the coast of Newfoundland).

Rather, I would usually say I am from California, and let them fill in the blanks, but that might be more difficult if I came from a lower-profile state such as Delaware or Nebraska. If they ask where I was born, I say “North Dakota” and, when that elicits a puzzled response, I add “Fargo” which, among cinema-goers (especially Argentines), gets me some notoriety. 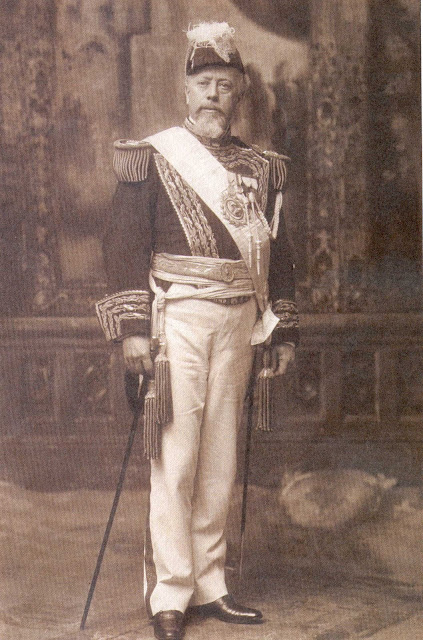 Argentina, for what it’s worth, is the only country I know whose name can be applied to individuals – Julio Argentino Roca (pictured above) was its 14th president. That, it seems to me, takes nationalism to the extreme. On the other hand, I can’t ever recall having seen the feminine form “Argentina” as a personal name, though my wife tells me a distant relative of hers went by that name, but it's now considered archaic. In other countries, to mention a few examples, I have never heard of anybody named "Chileno," "Uruguayo," "Brasileiro" or anything similar.

There is, of course, the US actress América Ferrera who, however, comes from a Honduran background. Sandro, for his part, broadened the claim of his album cover - "Sandro of America" - by playing Madison Square Garden; to the best of my knowledge, though, he never made it to Canada or St. Pierre et Miquelon.
Posted by Wayne Bernhardson at 12:05 PM

The interesting thing I've found is that despite the objections on the part of folk from South America when we call ourselves Americans as if we've somehow appropriated something that they want to lay claim to - they never do - I've never met anyone from down this way who when asked has or would identify themselves as "an American". It's just protesting for the sake of protesting.

the term in spanish is estadounidense

As for nations in names, I can recall what I though it was her name but it's a pseudonym: the San Telmo born artist Imperio Argentina

A real name combining two nationalities had Italo Argentino Luder, a non happily remembered former president of Argentina in times of Isabelita (Perón's third wife). So there were two 'Argentino' presidents at least. He used to live around the corner of my grandparents' home, on Posadas y Callao, where I saw him a couple of times.

Actually the name Italo was not completely uncommon in the early 20th century, here and in some other countries with Italian immigrants.

"Estadounidense" is a very clumsy, generic term in Spanish, and even uglier-sounding in English.