In a little over a week, Argentina will begin celebrate the bicentennial of the Revolución de Mayo, the 1810 uprising against the Spanish Crown 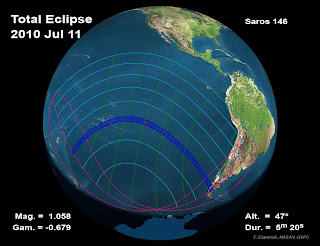 that resulted, six years later, in a formal declaration of independence at the northwestern city of San Miguel de Tucumán. Starting next week, the city of Buenos Aires - where the revolution started - will be host to a series of commemorative events, including the reopening of the emblematic Teatro Colón on the 24th.

Likewise, Chile is celebrating its bicentennial this year, though the main celebrations will take place during mid-September’s Fiestas Patrias - when Chileans celebrate their own independence day on September 18, In reality, it’s really a week-long celebration that fills even the streets of Santiago with huasos (Chile’s approximate counterpart to the gaucho) in the saddle, couples dancing the cueca, and fondas (street food stands) that offer traditional food and refreshments. Like Argentina, Chile actually had to wait years for an official declaration of independence, which took place February 12, 1818.

Only a couple days after Argentina’s actual independence day - that bicentennial will have to wait until July 9, 2016 - southernmost Patagonia will experience a full solar eclipse. On July 11th, the eclipse will trace a route across the South Pacific Ocean (image above, courtesy of NASA), also making landfalls at the Cook Islands and Easter Island. As it crosses into southern Chile and Argentina’s Santa Cruz province, it will still be daylight but in the southern hemisphere the winter sunset will be approaching.

Eclipse chasers, then, have had two options to choose from but, because it’s winter, the weather could be iffy at both locations. Five hours west of Santiago by air, Easter Island has a subtropical maritime climate, so the weather should be mild (around 18° C or 64° F), but most of the island’s precipitation falls from June through August and, thus, clouds could obscure the eclipse. On the other hand, it makes its longest landfall here, with nearly five minutes of total darkness, at 2:14 p.m. local time. Unfortunately, given the island’s limited services, virtually everything here is occupied.

As the eclipse reaches the South American continent, it will first touch Chile’s southern coastline, but visibility is likely to be poor - this are gets the brunt of westerly Pacific storms and is often cloudy, and the center line passes through an almost uninhabited area. The Argentine side of the border, though, lies in the rain shadow of the Andes so, with a little luck, it could be clear and bright.

There are no guarantees, though, and the weather will be significantly colder in Patagonia, where winter temperatures hover around freezing but, fortunately, the region’s legendary winds usually abate. The centerline will past over El Calafate, the gateway to the world-famous Moreno Glacier, so services should be abundant even though this is normally low season.

At El Calafate, though, total darkness will last barely three minutes, and the sun sets only a few minutes later. Nevertheless, the town is gearing up for visitors and, according to my cousin María Elisa Rodríguez (who works as a tourist guide there), there will be 4WD excursions to the summits of surrounding hills for the best panoramas. For eclipse chasers with money to spare, a UK-based agency called Eclipse City will bring a chartered plane to view the event from 10,000 meters (about 33,000 feet) above sea level - where the eclipse will last about a minute longer - for the modest charge of US$2,000 per person.
Posted by Wayne Bernhardson at 2:04 PM