Argentina is known, rightfully, for world-class soccer, having won the 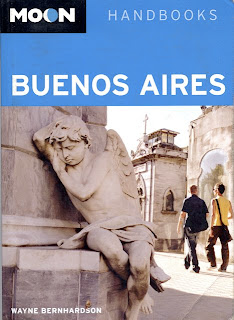 World Cup in 1978 (at home) and 1986 (in Mexico, thanks in part to a questionable goal by Diego Maradona, coach of the national team for the upcoming World Cup in South Africa), but that’s not the country’s only sporting success. Polo is a comparable obsession in a country raised on horseback, and tennis has produced such stars as Guillermo Vilas and Juan Martín del Potro. Only recently, though, has basketball become a high-profile sport in and around the Río de La Plata.

Argentine basketball's international notoriety rose dramatically with victories over the so-called U.S. "Dream Team" in the 2002 World Basketball Championships and the 2004 Olympics. Many observers admired the Argentines' selfless team play and at least one National Basketball Association (NBA) coach cited them as an example his own team should follow.

Recently, professional basketball celebrated its 25th anniversary in Argentina. Buenos Aires has two teams in the first division of the Liga Nacional de Basquet: Boca Juniors (under the same ownership as the world-famous soccer team) and Obras Sanitarias. With arenas seating no more than about 3,000 spectators, basketball crowds are far smaller than those for soccer. The regular season runs early November to late March, with playoffs into mid-May.

Meanwhile, the NBA playoffs continue and, to acknowledge the lengthy professional season here, I am offering a free copy of Moon Handbooks Buenos Aires to the first reader to tell me the names, and teams, of the two Argentines to play in the NBA playoffs this year (hint: only one of them is still playing, as the other’s team was eliminated in the first round). For second prize, anyone who can name the other two Argentines currently on NBA rosters with receive a copy of Moon Handbooks Argentina.

Please send all entries directly to my personal email address in the header above, and not to the comment box.
Posted by Wayne Bernhardson at 6:09 AM