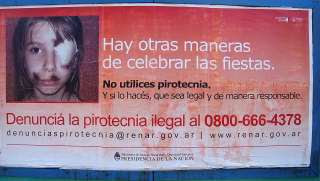 Many years ago, as I was growing up in Tacoma, Washington, I lived barely a block from the Fort Lewis army base. In fact, I lived near the little used portion known as North Fort Lewis where, on occasion, GIs went on training exercises. As kids, my friends and I used to explore the woods there and, often finding foxholes, we would pretend we were soldiers. Often we would find items, such as ammunition boxes, that we would take home as souvenirs. Once I found an M-80 firecracker, used by the U.S. Army to simulate battlefield explosions, but illegal for civilians since 1966.

The M-80 is a cylindrical firecracker about 1.5 inches long and just over half an inch wide, with its fuse coming out the side rather than the end. Most of the fuse on mine had already burned but, when I brought it home, I decided to set it off in the back yard (my parents were not home). At least I was not so foolish as to light it while it was in my hand--even more clueless adolescents have lost fingers or hands from M-80s--but when it went off I was barely a few feet away; the explosion was powerful and the noise was deafening. In was so loud, in fact, I was surprised the police or fire department didn't come; since then, I've been very wary of fireworks.

In Buenos Aires, my wife and I own an apartment in a sedate middle class neighborhood near the botanical gardens and the zoo. Last night, though, was New Year's Eve and, at midnight, explosions far stronger than anything I recall from my own M-80 went on for at least an hour; in corridors between tall apartment buildings, the effect mimics a war zone. In reality, Argentina's unregulated fireworks market probably brings explosives far more powerful than the M-80 into the hands of adolescents (and others) with impaired judgment (not necessarily caused by consumption of alcohol or other mind-altering substances).

Having seen firecrackers tossed from ninth-floor apartment balconies into the street, I no longer leave home on New Year's Eve when I am in BA--it's just not safe, in my opinion. On Christmas, some 75 people, most of them under age 15, were admitted to Greater Buenos Aires hospitals with fireworks injuries. The photograph that accompanies this blog entry, of a poster that appeared on city streets at year's end, at least shows that the Justice, Security and Human Rights Ministry recognizes the problem--it implores people not to purchase fireworks, and to report illegal fireworks, even if no one appears interested in impeding their manufacture and sale.

An update as of early afternoon: according to the daily newspaper La Nación, 82 persons have sought treatment in city hospitals today for injuries relating to fireworks--and uncorking champagne bottles. More than half sought burn treatments, while others had bruises and eye injuries, but none of either was apparently considered serious. Thus the city proper seems to have gotten off lightly, though there's no word from Greater Buenos Aires, the provincial suburbs beyond the capital's boundary.
Posted by Wayne Bernhardson at 4:39 AM