Comet (and Sky) over Natales 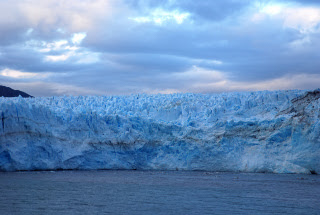 For many years, the travel and tourism sector in Puerto Natales has complained over the lack of direct air services from Santiago; until now, visitors to Torres del Paine and other nearby attractions had to fly to Punta Arenas, which is three hours away by bus or car. Recently, however, Sky Airline began flights from Santiago, and Air Comet is due to begin them next Saturday, January 12. Natales's airport runway is too short for the bigger jets, which may be one reason why the flagship airine LAN has no apparent plans to land here, but the new services will add flexibility to Patagonian travel plans.

Sky's flights from Santiago stop in Punta Arenas before continuing to Natales, three times per week. From Natales, the flights continue nonstop to Santiago. Air Comet will be flying Saturday and Sunday, but the routing is not yet posted on their website. Both services should also link up with Navimag ferries and Skorpios cruises to the nearby glacial fjords such as Pío XI (pictured above), and are likely to be seasonal.

Air Comet is considering flights to Easter Island, which would be LAN's first commercial competition to the World Heritage Site, known from its iconic moai (statues). It will have to avoid conflict with LAN's schedules, however, on the five-hour flight from Santiago.
Posted by Wayne Bernhardson at 9:26 AM