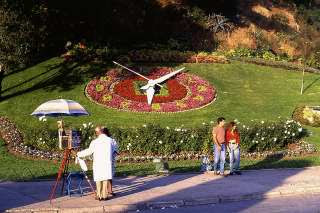 Before the economic meltdown of 2001-2, Argentine vacationers flocked to Chile, especially to the "Garden City" beach resort of Viña del Mar, for their summer holidays. Even though the Pacific Ocean is much colder, and Viña's Mediterranean climate is much cooler, than their own Atlantic beach resort of Mar del Plata, Argentines still overran Viña every summer.

All that changed with the peso collapse and subsequent banking restrictions that, for several years, kept the great majority of Argentines within their own borders. In fact, the flow of tourists reversed as Chile's appreciating peso made Argentina, and particularly the nearby city of Mendoza, a bargain destination. Many Chileans flew to Buenos Aires for the weekend, and Mendoza province tourism authorities openly invited Chileans to spend their mid-September patriotic holidays in Mendoza--the rough equivalent of Mexicans campaigning for Americans to celebrate their Fourth of July south of the border. In some ways, it might have been considered the "Revenge of the Chileans," after so many years of the annual Argentine invasion.

Chileans are still flocking to Argentina but, in what might be the clearest signal yet of the Argentine economic recovery, the online Santiago Times has reported that 100,000 Argentines are expected to spend their vacations in Viña and vicinity this summer. Even though the Chilean peso remains strong, more than 20,000 Argentines crossed the Libertadores pass over the Andes from Mendoza into Chile in the last week of December. The more northerly beach resort of La Serena is also getting many Argentine visitors.
Posted by Wayne Bernhardson at 4:21 AM